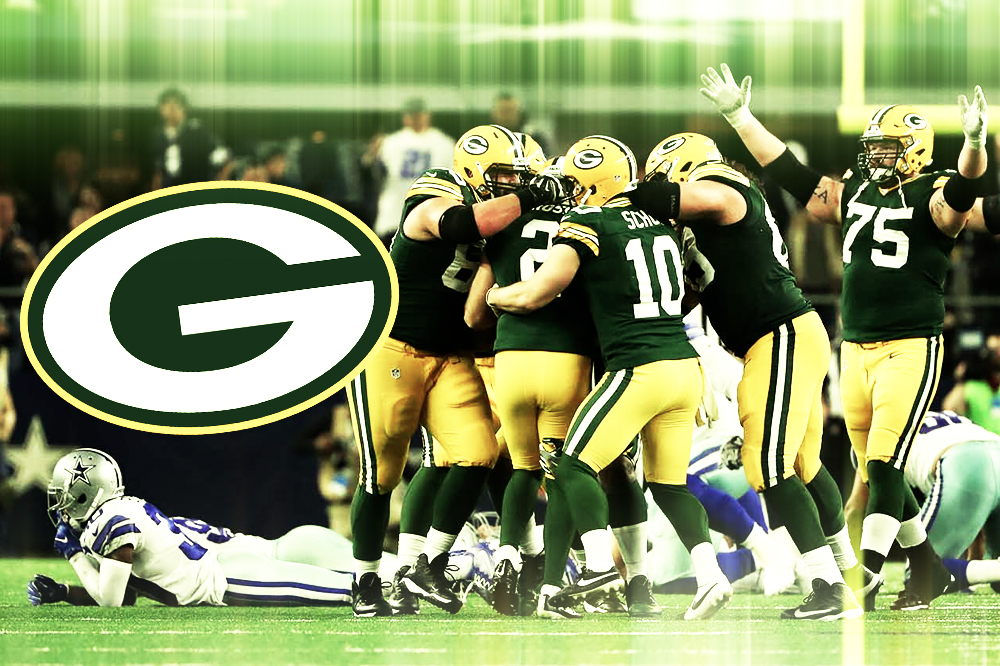 America’s Team is Eliminated in an All Time Classic Game!

The NFL has bragging rights this evening, as two of the most storied franchises in the league put on an instant classic. At the very same time, Cowboys fans, who packed AT&T Stadium today were subject to an absolutely devastating heartbreaker. This ends one of the most memorable seasons in Cowboys history, as Dallas’ run at the NFC Championship and a potential sixth Lombardi Trophy came to a shocking end as they fell 34-31 to the Green Bay Packers in the Divisional Round.

Early on, it looked as if the Cowboys were suffering from one serious “bye-week hangover”. By the 2nd quarter, they were down 21-3. But the Cowboys rallied and roared back after superstar rookie quarterback Dak Prescott connected with a 40-yard strike to Dez Bryant for a touchdown, followed by a field goal from Dan Bailey, bringing things to 21-13 at halftime.

In the 3rd quarter, the Packers put another 7 points on the board. In the 4th, Prescott and the Cowboys continued to claw back with 2 touchdowns, one by Jason Witten and the other, with his second of the day, by Dez Bryant. A gutsy 2 point conversion by Prescott then tied things up 28-28.

Packers‘ kicker Mason Crosby then drilled a 56-yard field goal that put Green Bay ahead 31-28. With 35 seconds remaining and on the ensuing possession, Dan Bailey answered with a 52-yard field goal of his own, yet again evening the score, 31-31.

Not to be outdone by the Cowboys‘ amazing survival, on the final snap of the game and with just 12 seconds left, Packers quarterback Aaron Rodgers lived up to his nickname of “King of the Hail Mary” by miraculously firing a 36-yard pass to Jared Cook near the sideline, who even more miraculously kept both feet in bounds and made the catch with just 3 seconds remaining on the clock. Just as time expired, a dramatic 51-yard kick from Crosby punched the gold and green’s ticket to the NFC Championship game against the Atlanta Falcons and closed out the top-seeded Cowboys‘ would-be Cinderella season.

And now we wait to see what happens with Tony Romo.

We’re HustleTweeting about this amazing NFL Sunday, and you’re more than welcome to join the conversation by following the Hustle on Twitter HERE or by hitting LIKE on our hyper-interactive Facebook page HERE!