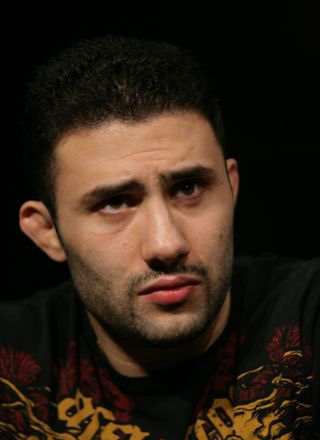 Karo Parisyan has withdrawn from his UFC 106 bout against Dustin Hazelett, according to UFC President Dana White.

In his first Twitter message, White wrote that “Karo Parisyan has f—ed over the UFC, the fans and his opponent again!!! He will not be fighting saturday or ever again in the UFC!!”

In a second message, White stated that Parisyan “Pulled out of the fight the day before weigh ins again with a laundry list of excuses!!! Let the press ask karo why! Let him explain.”

The welterweight contest between Parisyan and Hazelett was scheduled for the UFC 106 main card. White said on Twitter that Hazelett will be paid his show and win purses.