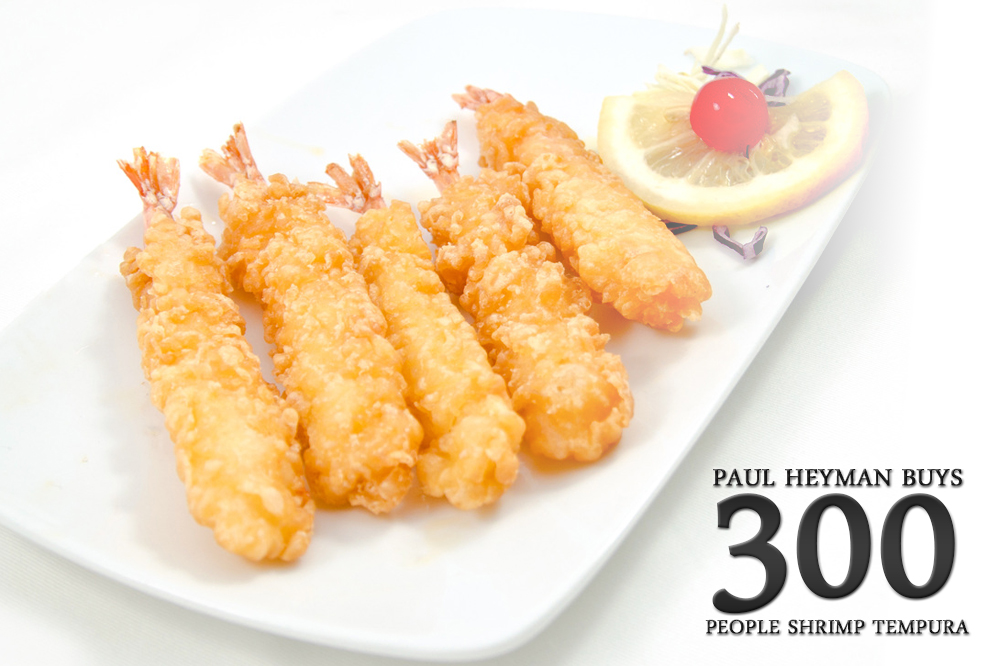 Our boss Paul Heyman‘s visit to the Jim Ross One Man Show in New York City wasn’t without controversy (or publicity stunts). Paul bought shrimp tempura for three hundred people. Yes, shrimp tempura. We’re not kidding! Just watch the video on this page! We’re HustleTweeting about Paul Heyman joining Good Ol’ JR at New York City’s Gotham Comedy Club, and you’re more than welcome to join the conversation by following the Hustle on Twitter HERE or by hitting LIKE on our hyper-interactive Facebook page HERE!