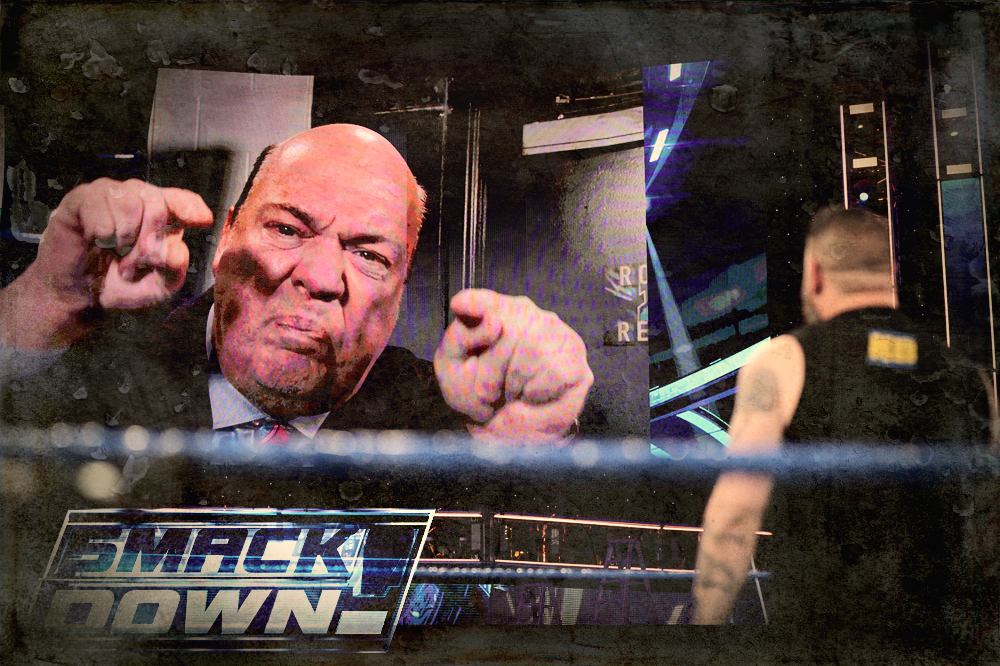 WWE Universal Heavyweight Champion Roman Reigns will defend his championship against Kevin Owens this Sunday in a Tables Ladders and Chairs Match at the TLC pay per view, and our boss, Reigns’ #SpecialCounsel Paul Heyman had a lot to say about that at the top of Smackdown, which aired live this week on FS1.

One week after Universal Champion Roman Reigns attacked Kevin Owens and taunted his family, KO returned to SmackDown to call out The Big Dog, labeling him a “hypocrite” and a “coward” and showing his determination to punish Reigns at WWE TLC. When Paul Heyman emerged on the TitanTron instead and called him a “martyr,” Owens shut him down and opted instead to go find the Universal Champion himself.

This pursuit eventually led to a vicious 2-on-1 mauling at the hands of Reigns & Jey Uso back at ringside.

Later, Reigns instructed his unhinged cousin to “end [Owens]” and “take him out,” which promoted Jey Uso to unleash two more vicious attacks on Owens backstage.