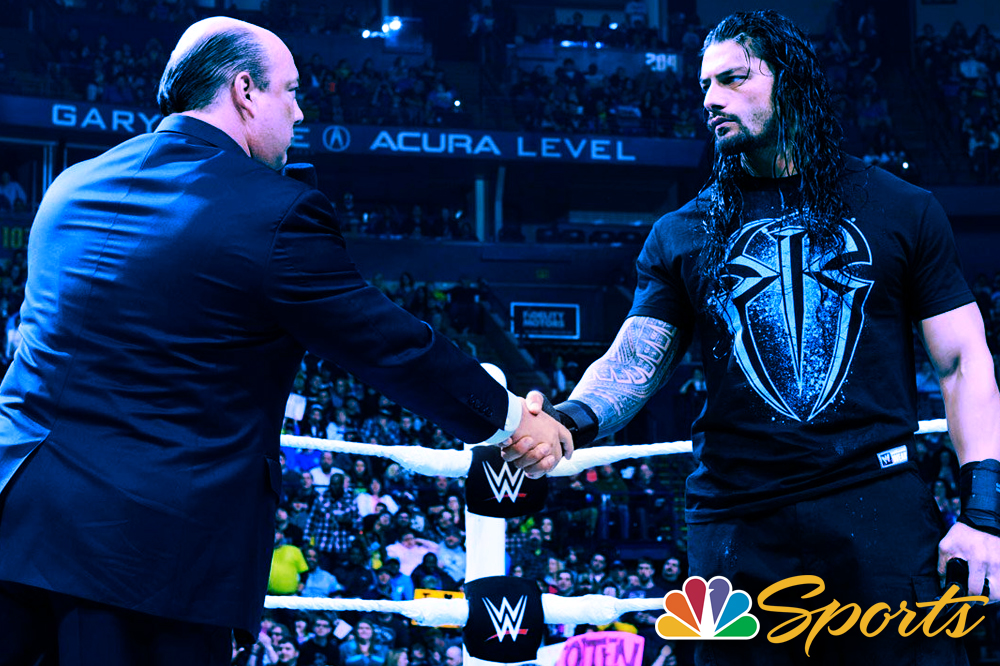 With Sunday, April 8th drawing closer and closer, everyone is trying to figure out what will happen when WWE Universal Champion Brock Lesnar (with his Advocate, our boss Paul Heyman) defends the Universal Championship in the main event of WrestleMania against Roman Reigns.

NBC Sports interviewed Roman Reigns about being a #PaulHeymanGuy, and Reigns’ comments on the subject were quite interesting. Now, Paul has responded to NBC Sports, highlights from which are below:

I asked Roman what it would be like to work with you on-screen as his advocate and he said it would be really cool and it would allow him to go in a different direction with his character, but he also said that he wouldn’t be a Paul Heyman guy and that you would be a ‘Roman Reigns guy.’ What are your thoughts about working with him?

“Three years ago in the buildup to WrestleMania 31 I said straight to Roman Reigns’ face a comment that can be taken as both story line and as reality. Roman Reigns is the right guy, in the right place, at the wrong time.

But the unfortunate thing for Roman Reigns is that he lives in a time period that is dominated by Brock Lesnar. Brock Lesnar is the only athlete who can go in-between WWE and UFC seamlessly at a top tier, main event level.

Could there be someone in UFC to go back-and-forth? Maybe. Maybe. But at this level? Main eventing WrestleManias, main eventing UFC’s top shows ever. I don’t know who else could do this and in fact I’m sure no one can. So since Brock Lesnar is the only one athletically qualified and with enough box office appeal to do both at an absolute tier one level, Roman Reigns just happens to live in the wrong period of time.

Besides that, working with Roman Reigns would be an absolute career defining moment for me. I have nothing but the upmost respect and admiration for him as an athlete, a performer, and as a man.”