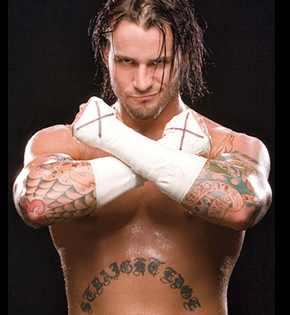 Paul Heyman explains why sometimes, what appears to be illogical booking actually makes the most business sense.

CM Punk is the new World Heavyweight Champion on the WWE Smackdown brand, as the freshest character in World Wrestling Entertainment was crowned the new champion (again) after a thrilling and well-thought-out Tables Ladders and Chairs match at SummerSlam.

Just minutes before the conclusion of the match, Hardy placed Punk on an announcers’ table, grabbed ahold of one of the tallest ladders anyone has seen in WWE, and proceeded with one of his suicide dives, driving Punk through the table.

Trainers and officials ran to ringside. Hardy was placed in a neckbrace and on a stretcher. The “Live For The Moment” babyface, whose popularity continues to soar to even new heights, had sacrificed his own body for the entertainment of the masses, and the masses appreciated the dangerous stunt “The Charismatic Enigma” had performed for them.

Punk, meanwhile, slowly crawled into the ring, and started inching his way towards the World Heavyweight Championship title belt hanging high above the ring. Hardy,seeing his championship reign slipping away, got up off the stretcher, removed the neck brace, and made one last valiant effort to save the day from the holier-than-thou Straight Edge villain. 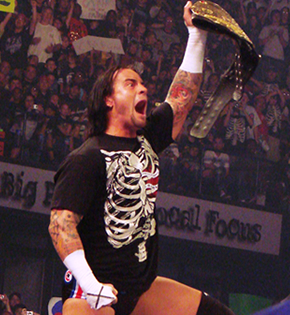 But it was too late, as Punk had a slight advantage, and capitalized on that opportunity by knocking Jeff off the ladder on which they were both fighting. Hardy crashed to the canvas in yet another hard fall. Punk, without cheating, grabbed the title belt off the hook and ascended to the top of the Smackdown roster while descending down the ladder back to the steady footing of the ring canvas.

As Punk stood over the writhing-in-pain Jeff Hardy, where was the audience’s collective focus? It was on Hardy, “selling,” letting the crowd both at home and on tv know his sacrifice does not come without a price. He projected the image of a man in severe pain, both physical and emotional, and the audience felt sympathy for this person, both as a character and as a human being. Punk, understanding the art of a heel, kept his head down, looking at Hardy, so no one would have even the inclination of looking at Punk for the moment. Then, in a perfectly timed mannerism that displayed his awesome ability to generate heat on himself, Punk slowly looked up, grabbing the attention of the audience, and saying with his subtle facial expression “I did this to your hero, give me all your hate for victimizing him … and by the way, notice the fact I have the title in my possession … hate me even more for the fact I took it away from your precious protagonist.”

What happened next violates every principle of “Booking 101” ever taught. Yet, it was the best thing WWE has done in a long time, and it was, as the old expression goes, “right for business.”

As the new champion stood over the just-dethroned former title holder, the lights flickered, and then went out. The all-too-familiar Hells Bells gong rang, signaling the entrance music of The Undertaker. The Phenom, who has been out of sight (and therefore, out of mind) for several months, appeared in Hardy’s prone position when the lights came back on, snatched the newly-minted champion by the throat, and leveled him with a resounding chokeslam in a memorable show-closing moment. 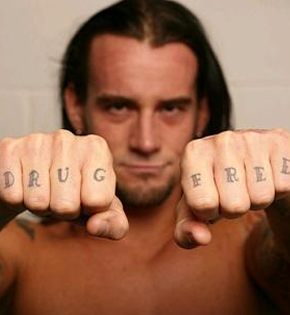 So, let’s examine this, shall we? Punk did not cheat to win. His only beef has been with Jeff Hardy, whose lifestyle Punk finds offensive. While Punk’s antics on Smackdown are starting to paint him as preachy hypocrite, he has not picked a fight with anyone other than Hardy. He certainly has done nothing to earn the wrath, or deserve a beating from The Undertaker.

The babyface picked a fight with the heel … beat him up after a grueling match in which the heel did nothing to cheat or deprive another babyface, who happened to be champion, of an outcome that could be deemed “honest and justified.” Justice was not served at the end of SummerSlam, and the Big Dog did not need to protect his yard from this newest top tier performer.

So, why was it right for a babyface to chokeslam a heel, when the heel did nothing in the match to elicit a hostile, disdainful response except win the match in which he was competing against a more popular performer? Why was it right for this babyface to chokeslam the heel, who has never crossed that babyface’s path?  Why is this storyline different from all other storylines?

The reason is because World Wrestling Entertainment smartly wanted to shift your attention away from the wounded warrior Jeff Hardy, and place the emphasis on the new direction the championship story on Smackdown will need to take. If Jeff Hardy was going to stay in WWE, this would be a shortcut to Undertaker challenging Punk, and it would be all wrong for business. But it’s the very fact that Hardy is taking a hiatus from WWE that makes this not only a memorable moment in SummerSlam history, but also the right move at the right time with the right players involved.

When SummerSlam went off the air, the majority of the audience was excited by the possibility of hero-crushing CM Punk getting his comeuppance and facing a heavy dues-paying session from the legendary Demon of Death Valley. The clean-living champion, who doesn’t suffer from facing personal demons, must now face the biggest baddest Demon in the land … and by his actions in the final moments of  the SummerSlam broadcast, that Demon signified he wants to take from Punk what Punk took from Hardy … the World Heavyweight Championship. 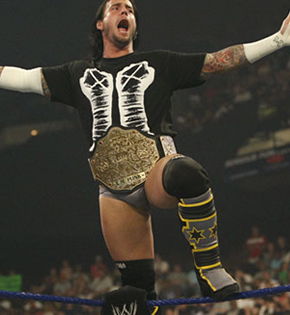 Hardy, whose spectacular falls and crashes pale in comparison to the amazing feat he accomplished by busting through the WWE Main Event Glass Ceiling, will take time off after this week’s Smackdown taping. Having the audience thinking about Hardy’s remarkable performance at SummerSlam means zero  dollars for WWE and its shareholders. An audience that dreams of Hardy gaining retribution and winning back his championship is an audience that contributes nothing to the WWE till. Something had to be done to shift the focus, and place the spotlight directly on where the championship storyline was immediately headed.

Now, what WWE does with Punk’s momentum is anyone’s guess. Next on the schedule is “Breaking Point,” where Punk will defend the title against The Undertaker in a Submissions-Only Match. It would be a big mistake to take the title off Punk again this quickly. As champion, he has big money matches ahead with Undertaker, Rey Mysterio, John Morrison, and perhaps –if both sides can come to terms– a return match with Jeff Hardy for Wrestlemania.

However, how do you defeat The Undertaker in a submissions-match when he just came back after a lengthy hiatus, and there is always the huge attraction of another Wrestlemania match with Shawn Michaels, with whom Undertaker had one of the greatest ‘Mania matches of all time earlier this year?  While WWE may be stuck with the dilemma of “where do we go from here,” the table is set for an awesome confrontation between the veteran ass kicker and the man whose ass everyone wants to see get kicked.

CM Punk has made it. He’s at the top of WWE. He’s the World’s Heavyweight Champion, and the most interesting personality on either roster. He is, quite simply put, the man on top.

Being on top in World Wrestling Entertainment has its privileges. It also has its price. For CM Punk, on whose shoulders Smackdown has been carried for several months, that price may be understanding not to ask for whom the bells toll. Because, in the world of WWE, and especially for those who have measurable heat for the taking, those bells toll for thee.