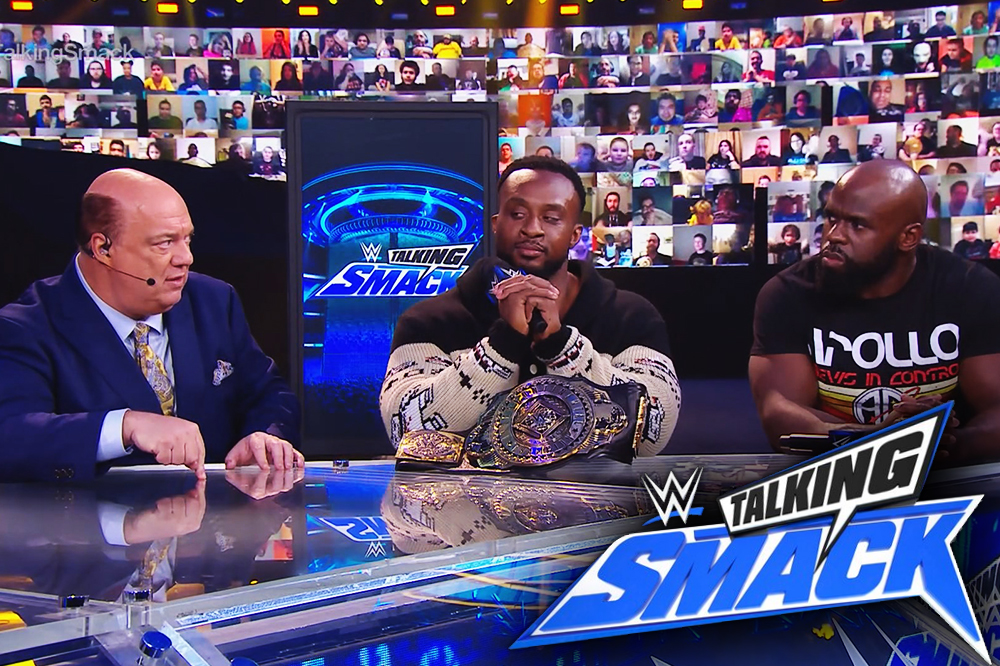 In the past few weeks, our boss (and Roman Reigns’ #SpecialCounsel) Paul Heyman has had some heart-to-heart man-to-man talks on WWE Talking Smack with Big E (followed up by this talk with Big E) and Apollo Crews.

This week, both men appeared together on the show, and while their competitiveness was on display, so was their mutual admiration and respect.

And Paul was having none of it.

We’re HustleTweeting about WWE Talking Smack, and you’re more than welcome to join the conversation on the Hustle Twitter HERE … on our ridiculously sensational Instagram HERE … or on our Facebook page HERE!