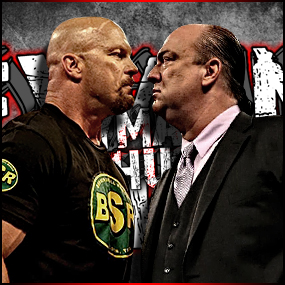 The Rattlesnake Cranks Up His Podcast Once Again, This Time LIVE on the Network with our Very Own Hustler De Tuti Hustlers! 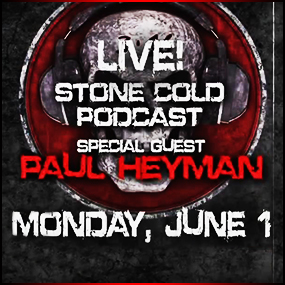 The Rattlesnake Cranks Up His Podcast Once Again, This Time LIVE on the Network with our Very Own Hustler De Tuti Hustlers!

Brock Lesnar‘s Advocate, our boss Paul Heyman will make his first appearance on a WWE presentation since THE DAY AFTER WRESTLEMANIA when he sits across the table from Stone Cold Steve Austin as the Austin Podcast returns to the WWE Network on June 1st.  According to WWE.com:

What will happen when two of WWE’s most controversial and outspoken figures set the record straight in an anything-goes interview? What questions will the Texas Rattlesnake ask the Advocate to former WWE World Heayweight Champion Brock Lesnar? And what does Heyman have to say about his client’s last few months, including losing the title at WrestleMania 31 to Seth Rollins? Don’t miss this electric encounter, live on WWE Network.

The must-see interview is the latest in “Stone Cold’s” popular podcast series on WWE Network. If the WWE Hall of Famer’s previous live interviews with Vince McMahon and Triple H are any indication, Austin’s upcoming sitdown with Heyman will be a revealing encounter.

Of course, we’re HustleTweeting about Paul Heyman on the Stone Cold Podcast, and you’re more than welcome to join the conversation by following The Heyman Hustle on Twitter HERE! You can also post your thoughts on our Facebook page HERE!  If you feel compelled to write us, please do so at HustleOnCrave (at) Gmail.com

CHECK OUT THE VIDEO RIGHT NOW!! 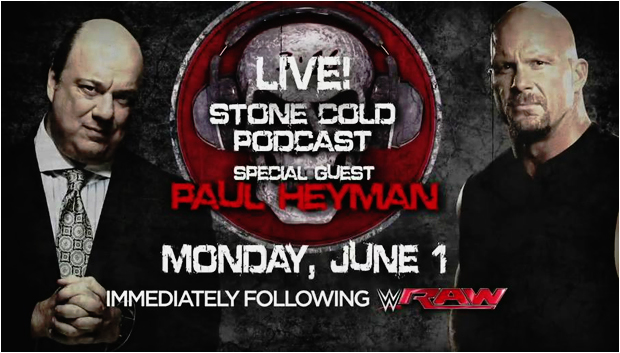