Paul Heyman Surprises Seth Rollins, But It's Shelton Benjamin Who Provides the Shocker 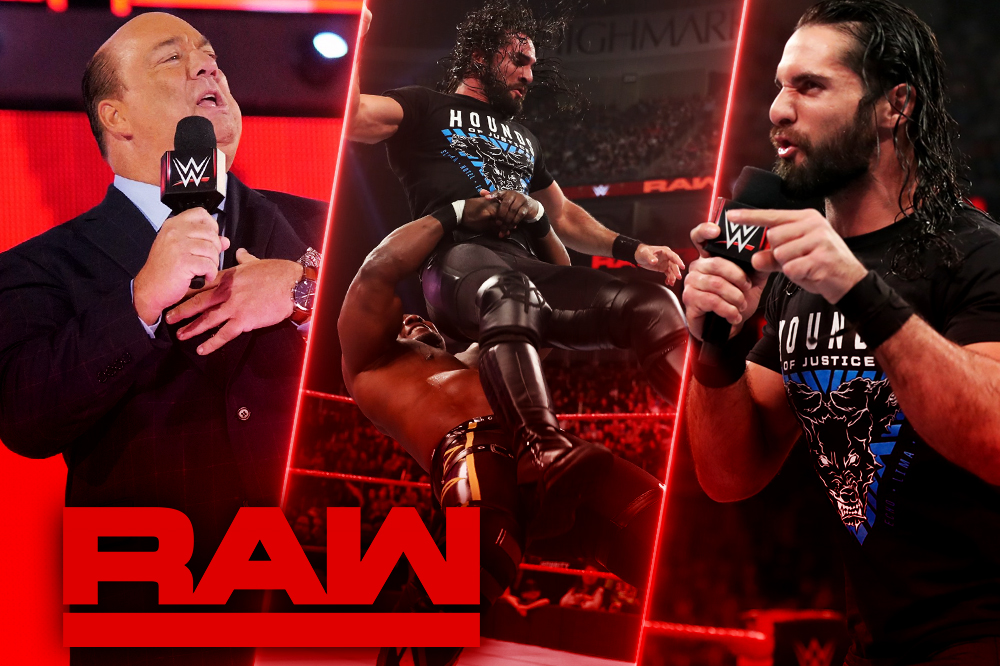 The Shield had what is most likely their final moment on WWE Monday Night RAW, as Roman Reigns and Dean Ambrose wished Seth Rollins all the best in his quest to conquer The Conqueror at WrestleMania. And then, with Seth Rollins all alone in the ring, our boss (and Brock Lesnar‘s Advocate) Paul Heyman bellowed out “Ladies and Gentlemen …”

The Shield’s final match was as pure a feel-good moment as you’re ever likely to come across in WWE — Corey Graves doesn’t get choked up over just anything — but The Road to WrestleMania moves fast, and with Roman Reigns’ blessing, The Hounds of Justice’s farewell address quickly morphed into business of a different kind. That would, of course, be the start of Seth Rollins’ fateful trudge to Suplex City, where Universal Champion Brock Lesnar lies in wait.

Never one to miss a chance to get ahead of the competition, Paul Heyman re-emerged for the first time in weeks to remind the would-be Beastslayer of what, exactly, it is he’s looking to slay: Not only did The Advocate cue up a highlight reel of Brock Lesnar in action, he even brought out Shelton Benjamin, a veteran of Lesnar’s collegiate wrestling room who was once described as the only man who could go toe-to-toe with The Conqueror in his youth. The Gold Standard ambushed Rollins from behind, dishing out a series of Lesnar-esque German suplexes to The Architect in a display that was half rude-awakening, and half-reminder that Rollins’ run through the glory days with The Shield might have come with a steep price. After all, Team Brock had that much longer to prepare, and Rollins is starting from behind.