Paul Heyman Will Be HustleTweeting Tonight During UFC 183: Silva vs Diaz 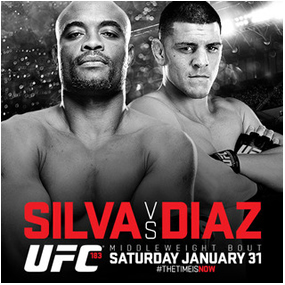 Join The Hustler De Tuti Hustlers LIVE AND INTERACTIVE Tonight As Both The Spider and The Stockton Bad Boy Return To The Octagon!

When Anderson “The Spider” Silva and The Stockton Bad Boy Nick Diaz get locked into the Octagon tonight, our very own Hustler De Tuti Hustlers Paul Heyman will be LIVE AND INTERACTIVE on Twitter, joining our HustleTweeters in a discussion about the events that will unfold during UFC 183. Former Middleweight Champion Silva marks his return to UFC after spending a year recovering from a gruesome broken leg suffered in the very same arena, the MGM Grand Garden Arena in December, 2013. At 39 years old, Silva has rebuilt the strength in his left leg that needed a steel rod inserted to help it heal after a second consecutive title loss to Chris Weidman. The unanswered question is: how will Silva’s leg respond to the contact the 31-year-old former Strikeforce Welterweight Champion Diaz plans to deliver?

Because anyone who knows Nick Diaz has to know that no matter how much respect Diaz has shown Anderson Silva in the days leading up to the fight, once that Octagon door gets locked, all respect is left behind in the locker room, and Diaz is going to be as ruthless a fighter as UFC has ever seen. This is the where the matchup gets quite interesting! You are more than welcome to join us on Twitter HERE. You can also join us on Facebook HERE.

CHECK OUT THE PREVIEW FOR UFC 183: SILVA VS DIAZ! 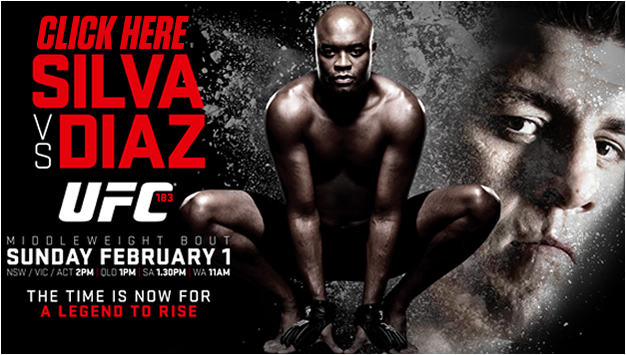