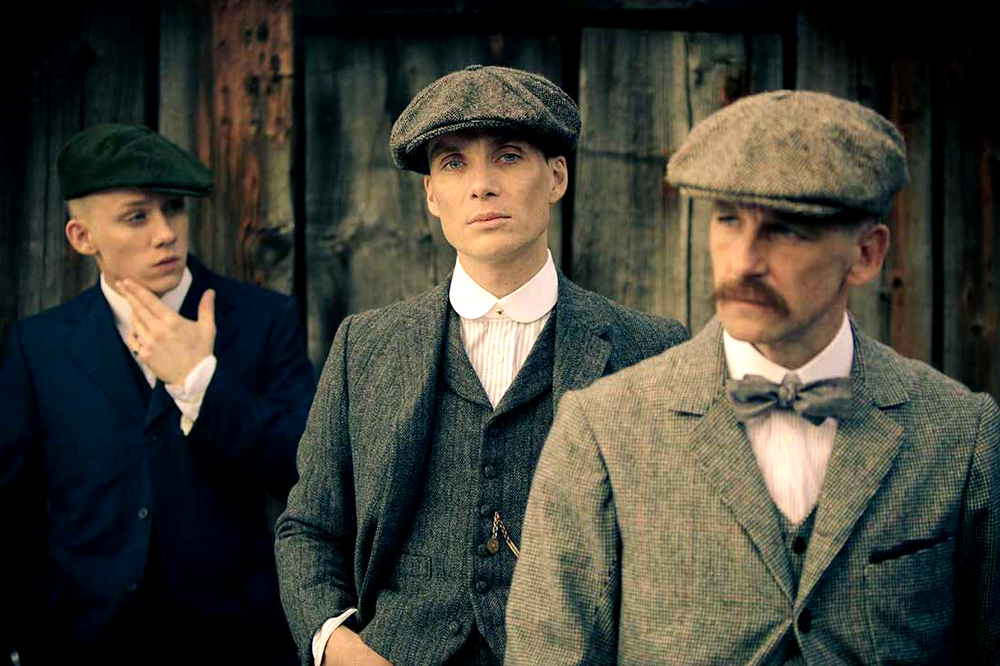 And it all comes down to … this!

BBC drama “Peaky Blinders” has set a premiere date for its sixth and final season.

The show, led by Cillian Murphy, will return on Feb. 27. Murphy plays Tommy Shelby in the hit series. BBC revealed the news with an enormous mural painted on the side of a wall in Birmingham of Murphy’s face, which was tweeted with the caption: “The Shelbys are back in business.” The mural was created by by street artist Akse, and the fictional Shelby gang are based in Birmingham.

The new season of the show will, sadly, be without Murphy’s co-star, Helen McRory, who died of breast cancer in April 2021. She played Aunt Polly.

“I think the whole series is really in tribute to her and to honor her,” Murphy recently told Variety. “Her presence and her character’s presence are very much still felt in the series, and it is very much part of Tommy’s journey in the season. It’ll be different without her, you know. It simply won’t be the same. I’ve spoken about how phenomenal she was as an actress and as a person and it is an enormous loss to the whole acting community and not just for our show. My thoughts are always with Damian [Lewis] and her kids. I just hope that the show will live up to her memory and our memory of her.”

The show was created by Steven Knight in 2013. He has also said the new season will play tribute to McRory.

Season 6 will air on BBC One and stream on iPlayer in the U.K. Outside the U.K., it will stream on Netflix.