Pete Rose Inducted Into The Cincinnati Reds Hall of Fame 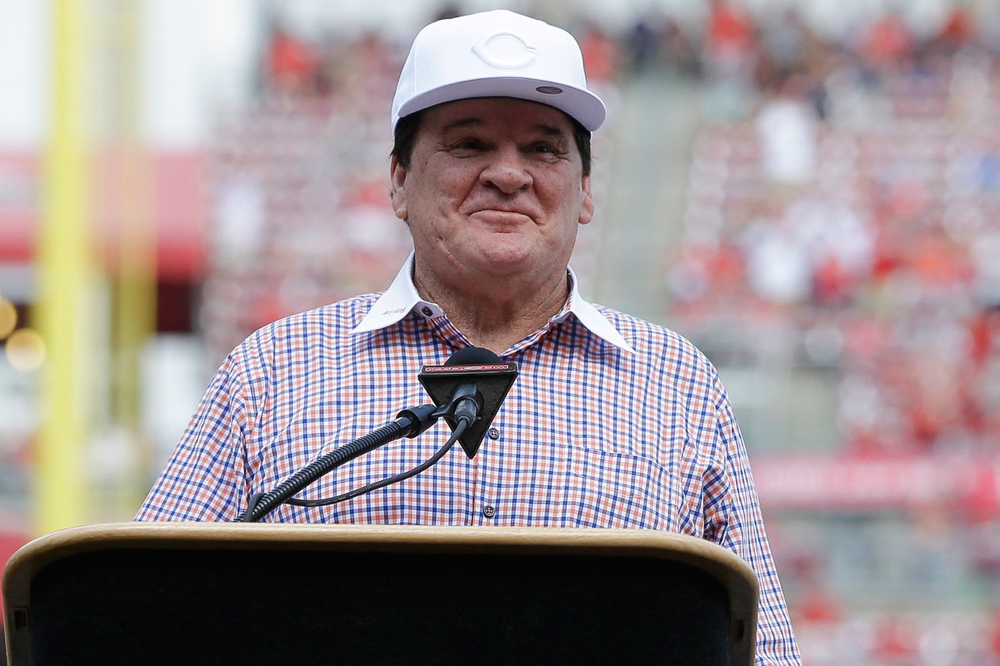 The Cincinnati Reds showed more respect for Major League Baseball‘s all time hit king on Saturday afternoon than Major League Baseball itself is willing to show, as the team inducted Pete Rose into their Hall of Fame in a long-awaited pregame ceremony. Many of his former Big Red Machine teammates, include Hall of Famers Tony Perez and Johnny Bench, were on hand.

“I’ve already cried on the field one time. That’s enough,” said Rose, who remained composed throughout the ceremony. He was referring to when he broke Ty Cobb‘s all-time hits record in September 1985.

Rose, now 75, is baseball’s all-time hit king with 4,256. He is not eligible for the Major League Baseball Hall of Fame due to his gambling ties, however. Rose has applied for reinstatement multiple times, most recently last year, and has been turned down each time.

MLB has allowed Rose to return to the ballpark over the years, though he had to receive MLB‘s approval to take part in an on-field ceremony prior to last year’s All-Star Game in the Great American Ball Park.

“To date, this is the biggest thing ever to happen to me in baseball,” said Rose, whose remarks were answered several times by applause. The only time Rose’s voice wavered was during comments such as those, when he got personal.

“I would hit for you. I would try to score runs for you. I did this for you,” Rose told Reds fans, who braved 87-degree heat during Rose’s pre-game speech at Great American Ball Park. “I truly think that the baseball capital of the world is the Queen City.”

In 1989, Rose was handed a lifetime ban from baseball, for betting on games. Commissioner upheld the ban this past December.

Then, it was announced in January that the Reds Hall of Fame board of directors voted unanimously to change the bylaws and elect Rose to the team’s Hall of Fame, as well as retire his number 14.

The Reds’ board, with Manfred’s blessing, bypassed its usual selection process that involves fans and media voting to make Rose the lone inductee in 2016.

“God bless the Commissioner of baseball,” Rose told the crowd, which thought about it briefly and then applauded lightly

We’re HustleTweeting about Pete Rose, and you can join the conversation on the Hustle Twitter HERE and on our hyper-interactive Facebook page HERE!