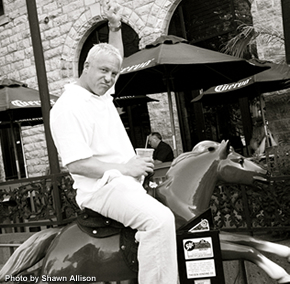 As I write this, the biggest story on the news today is the fight that President Obama (…..Obama) is having in trying to pass Health Care Reform.

I’d like to go on the record right here and now to say that I am, in fact, in favor of a widespread overhaul of the decrepit and unfair health care system in America today.

As an injury prone professional wrestler relishing the 90 day no-compete (and therefore, no-injury) clause that I agreed to with my former receiver of independently contracted services, I need to make certain that I can get the coverage necessary to be able to see LOTS of doctors when I get injured … which as all of you know is quite OFTEN.

I’m EXTREMELY concerned about signing any kind of contract after my 90 days is over. I am stressed to the absolute MAX about the thought of appearing in ANY kind of ring, be it 4, 6, or 8 sided. CTM …that’s “chuckle to myself” and I made that up because how many people actually LOL? … If I do appear, I could  — and probably WILL —  get hurt again, as I am prone to do.  If this happens then my medical status will surely be “injured” and therefore “injured” will be declared as a pre-existing condition, and under the current flawed system, I will be denied coverage.

Then what will I do? How will I continue to entertain my loyal fans?!?

Well, the sure way to solve this dilemma is to root for President O. to be able to get this Health Care Reform pushed through the legislative branch of government as quickly as possible, with little to no resistance from anyone (and in the middle of the night without reading it first, if necessary) so that I may be covered just as the members of Congress and the Senate are. That would be such a major relief, because if my reputation is accurate (and you know it is, because I read it on the internet), I’ll probably be hospitalized after my first match.

Until next week, please enjoy the video, and remember to keep counting down the days until you can see me compete again, this time under my new name of Misterrrrrrrrr Fragility …….FRA-GILI-TY!!!

I just injured my finger on that last exclamation point.