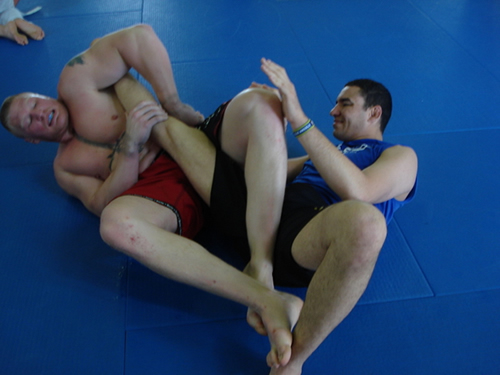 Plus Exclusive Comments From Paul Heyman

Rodrigo “Comprido” Medeiros believes Undisputed UFC Heavyweight Champion will be back in the Octagon and making heavyweights cry in six months. Comprido, who is Brock’s Brazilian Jiu-Jitsu Coach was  quoted by TMZ as saying that Brock “is getting better and that is the most important thing … He will be fine and be fighting again within 6 months I can just say that the heavyweights can stop laughing and get ready to start crying because the champion will be back soon.”

“Comprido is Brock’s secret weapon,” our own Hustler de Tuti Hustlers Paul Heyman said late tonight, “he devised the half-crucifix sprawl for Brock to dominate Frank Mir at UFC 100. Brock really has assembled an awesome team, and surrounded himself with people who speak truth to power. Comprido is a major part of Brock’s rise to the championship.”

DON’T FORGET TO HUSTLETWEET YOUR COMMENTS TO US NOW! 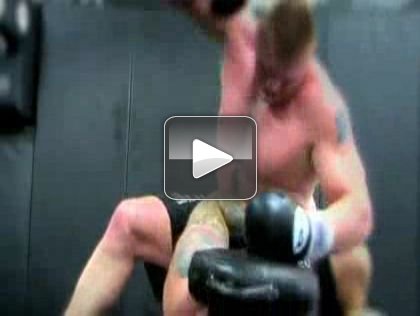