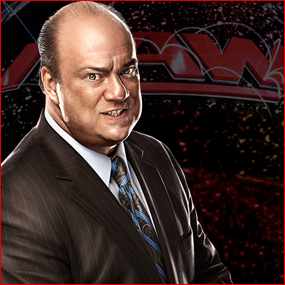 Our very own Hustler De Tuti Hustlers explains what happened to Brock Lesnar at WrestleMania XXIX, and make a promise regarding CM Punk!

According to our very own Hustler De Tuti Hustlers Paul Heyman, his client Brock Lesnar was knocked out cold by Triple H 90 seconds into their match at WrestleMania XXIX, a story that was whispered about backstage at WWE Monday Night RAW but no one was willing to confirm (not even Paul himself, until he went on the air when interviewed by Josh Matthews). Paul did say that Brock smashed in HBK Shawn Michaels’ face, injured Triple H’s arm, and yet was ready for a fight on Monday night, of which we have no doubt. Have you checked out THE HEYMAN HUSTLE’S COVERAGE OF BROCK VS TRIPLE H AT WRESTLEMANIA XXIX, which includes a ton of official photos and a description of the match?

Of course, we’re HustleTweeting about Brock vs Triple H at WrestleMania XXIX, and you’re more than welcome to join the conversation by following us on twitter HERE or write us directly at hustleoncrave@gmail.com  Hey, have you checked out the Hustle’s Ultra High Quality You Tube Channel, with exclusive videos featuring OUR WORLD EXCLUSIVE WITH MIKE TYSON … BROCK LESNAR’S “HERE COMES THE PAIN” … ICE-T AND COCO’s SEX SECRETS … TEEN SENSATION TAYLOR MOMSEN … UFC BAD BOY NICK DIAZ … THE WALKING RIOT MISSY HYATT if you’re not subscribing, you’re missing something … and by the ways cheapos, it’s FREE! Yes, absolutely 100 percent FREE! What are you waiting for? Check it out HERE!

PAUL HEYMAN DELIVERS A MAJOR EXCLUSIVE TO THE WWE UNIVERSE! 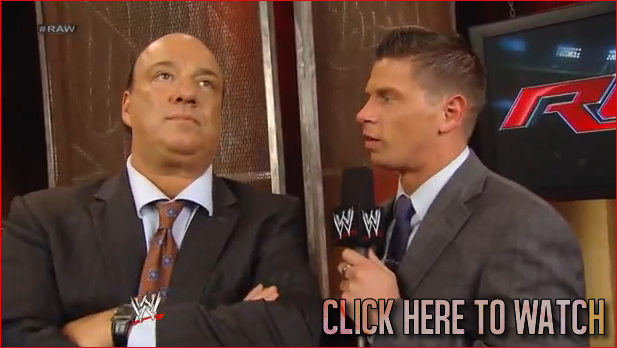