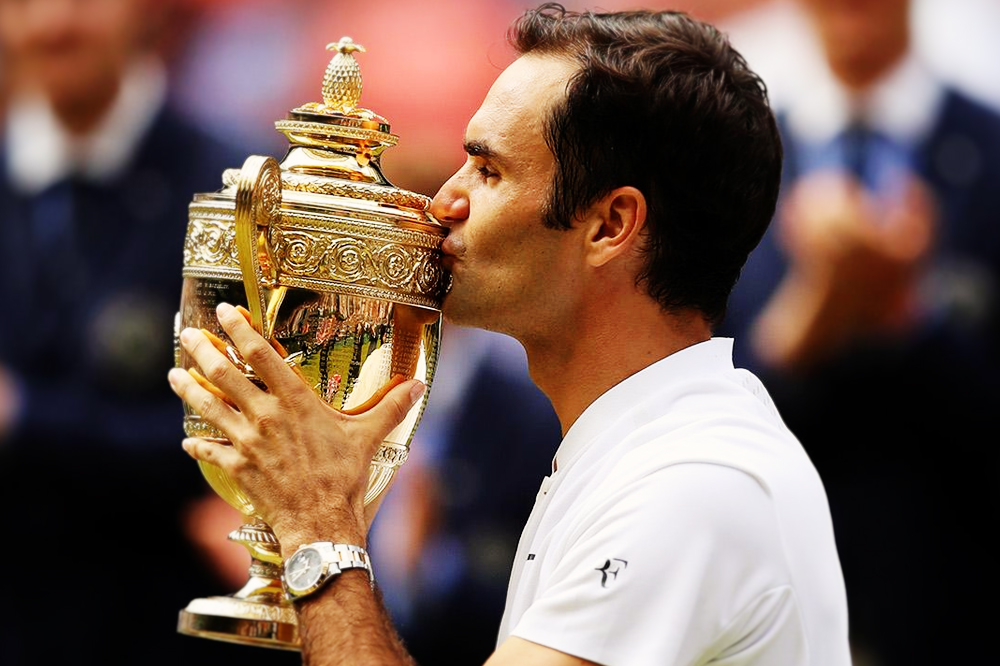 In the end, Roger Federer’s record eighth Wimbledon singles title looked easy compared with some of the marathon finals he has had to win on this same patch of London grass.

It’s been an interesting year for the top players in tennis, as both Novak Djokovic and Andy Murray have shockingly seen declines in their game, while 35 year old Federer became the oldest men’s champion in the Open era and the first man since Bjorn Borg in 1976 to sweep through the draw without dropping a set. This year, Federer has a 31-2 record, including an 9-0 mark against top-10 players. He is 17-5 in tiebreakers, reflecting his seize-the-key-moment approach.

He is still ripping his backhand; still finding the corners of the box with his serve … and get this … he was not broken during the finals … and his coverage of the court is second to none, obviously since he’s beating everyone put up against him!

“I honestly didn’t think I was going to be able to run through top-10 players the way I am, win all these breakers, win all these big moments,” said Federer, who will turn 36 next month. “This is what’s made the difference for me. I’ve won all the big matches this year. It’s unbelievable.”

When Federer returned to the tour in January after a six-month layoff, he genuinely believed he would not peak until April. But having a fine chance at Wimbledon was always part of the plan and motivation for heading back on the road with his wife, Mirka, and their four young children.

Wimbledon was the big goal. It is Federer’s favorite tournament, the one that suits his elegant, attacking game and his personality best; the one where he made his first big career move by upsetting the seven-time champion Pete Sampras in the 2001 quarterfinals. It is also the one where Federer won his first Grand Slam singles title, in 2003.

On Sunday, he broke his tie with Sampras and the 19th-century player William Renshaw by becoming the first man to win eight Wimbledon singles titles. Martina Navratilova won the women’s event nine times.

Federer said the men’s record was not a number he had in his sights when he was young.

“Winning eight is not something you can ever aim for, in my opinion,” he said. “If you do, I don’t know, you must have so much talent and parents and the coaches that push you from the age of 3 on, who think of you like a project. I was not that kid. I was just really a normal guy growing up in Basel, hoping to make a career on the tennis tour.”

We’re HustleTweeting about Roger Federer, and you’re more than welcome to join the conversation on the Hustle Twitter HERE and also on our hyper-interactive Facebook page HERE!