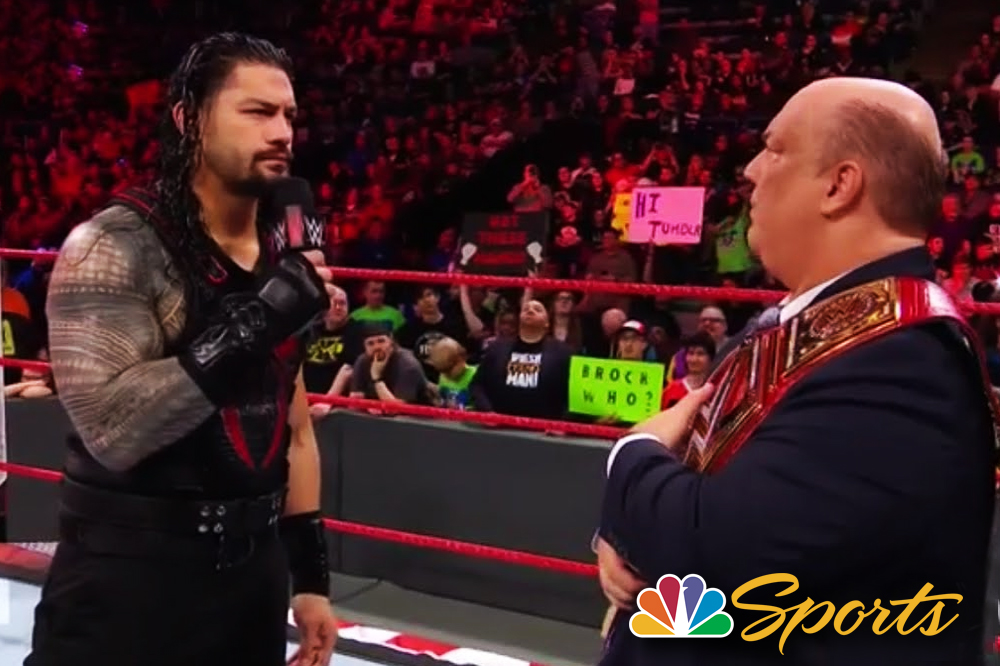 Ah, the possibilities are endless. What will happen this Sunday, April 8th, in the main event of WWE WrestleMania when Brock Lesnar (along with his Advocate, our boss Paul Heyman) defends the Universal Heavyweight Championship against Roman Reigns? The challenger was interviewed by NBC Sports, and his comments are worth noting.

There’s a rumor going around that if Brock Lesnar were to leave WWE, the two people Paul Heyman may “advocate” for are Ronda Rousey and you, what do you think about sharing an on-screen role with him?

It really just depends on the route that we want to take my character; if there’s any type of evolution that needs to be made in the next couple of years. I think with a character like Paul Heyman, the different things that we could do would be really cool. It would show not only myself, but also him in a totally different light. I wouldn’t just be the guy bouncing around not saying anything. If there’s something I need to say, I’m going to step up and say it because regardless if I’m with a guy like Paul Heyman, I would not be a Paul Heyman guy, he would be a Roman Reigns guy, that’s the way that would work.

My role is my role and I don’t plan on changing that for anybody. If there’s something that needs to be said or if someone needs to step up in the locker room and mention something, that’s always going to be where I want to be. As long as nothing crazy or drastic would change, I think we’d be able to do a lot of really cool stuff. I’m into it.”