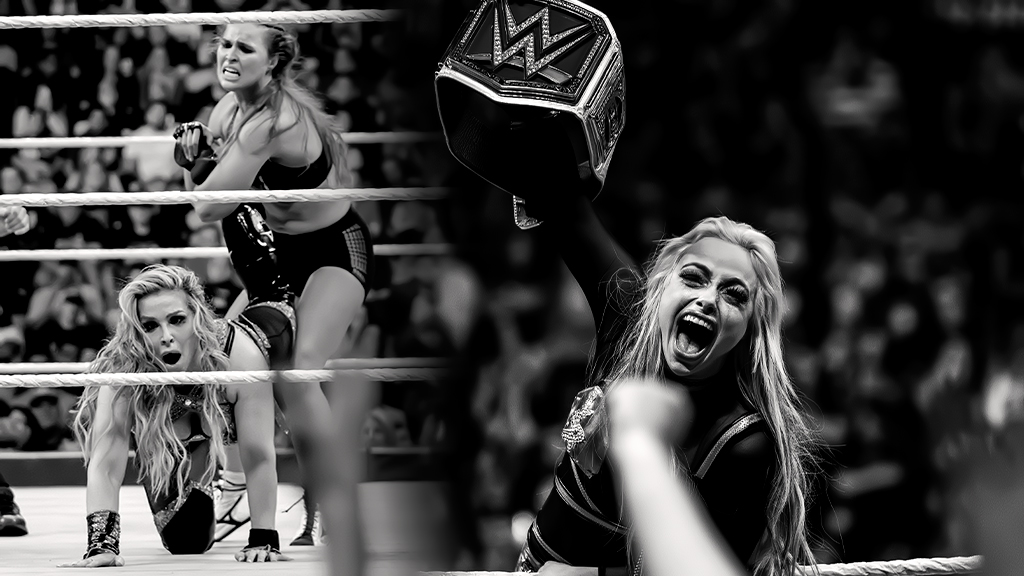 EXCLUSIVE PHOTOS FOR THE HEYMAN HUSTLE BY CHRIS HORRELL // @CHRISHORRELL

Ronda Rousey may still be the Baddest Bitch on the Planet, but she’s no longer the Smackdown Women’s Champion. Oh, she defeated Natalya, but then 2022 Women’s MITB Ladder Match Winner Liv Morgan cashed in the contract and defeated Rousey for the championship in Las Vegas.

The Baddest Woman on the Planet and The B.O.A.T. started out the match each having a point to prove.

The submission prowess of the rivals was on full display, both Superstars using joint manipulation and trying to wear down the other.

Ronda Rousey picked apart Natalya with an Ankle Lock early, which sent The B.O.A.T. on a tirade against Pat McAfee and the cameraperson, telling each of them to “shut up.” Natalya fiercely worked back into the match, however, taking the time to trash talk her former friend.

Rousey and Natalya then traded abdominal stretches, taking the wind out of each other. Rousey even cinched in a Sharpshooter, flexing her muscles while doing so and almost forcing the graduate from the Hart Dungeon to tap out to her own move. Unfortunately for Rousey, she injured her knee late in the contest, which severely limited her ability to hit the Piper’s Pit.

A gutsy Rousey fought through the pain, slapping on a unique Armbar that forced Natalya to tap out.

Morgan nearly had her dreams dashed as Rousey immediately locked in a desperation Ankle Lock, but Morgan flipped it around by delivering a kick to the leg and rolling up The Baddest Woman on the Planet to capture her first championship!

After a tense few moments following the match, Rousey relinquished the championship to Liv, held her arm in the air and allowed the new titleholder to celebrate her incredible night with the roaring WWE Universe.

We’re HustleTweeting about WWE Money in the Bank, and you’re more than welcome to join the conversation on the Hustle Twitter HERE … on our ridiculously sensational Instagram HERE … or on our Facebook page HERE!