Ronda Rousey: "If You Need The Lube, You're Not The Dude!" 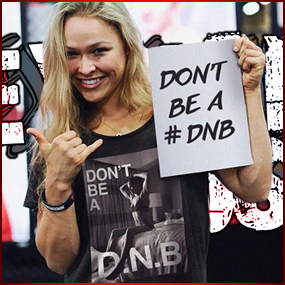 UFC’s Ronda Rousey has become embroiled in a worldwide controversy over comments she made in a new sex advice column for Maxim. Rousey answered readers’ questions and in the process ended up sharing everything from her biggest turn-off to her favorite morning-after meal. Jack, 36, from Los Angeles wrote in to ask for some advice and Rousey took men across the world to task, stating  “What should a guy always do? Take his time. In general, a girl takes a minute. He needs to get her ready. You should never need lube in your life. If you need lube, than you’re being lazy…and you’re not taking your time.”

This “lube shaming” has become a worldwide phenomenon, and Rousey addressed that fact, and furthered the controversy with even more vitriol, which you can see in the video on this page! Of course, we’re HustleTweeting about Ronda Rousey, and you’re more than welcome to join by following the Hustle on Twitter HERE or write to us directly at hustleoncrave@gmail.com Hey, have you checked out the Hustle’s Ultra High Quality YouTube Channel, with exclusive videos featuring the #HUSTLEBOOTYTEMPTATS SUPERMODEL OF THE YEAR … OUR WORLD EXCLUSIVE WITH MIKE TYSON … BROCK LESNAR’S “HERE COMES THE PAIN” … ICE-T AND COCO’s SEX SECRETS … MMA BAD BOY NICK DIAZ … the list goes on and on, so if you’re not subscribing, you’re missing something … and by the ways cheapos, it’s FREE! Yes, absolutely 100 percent FREE! What are you waiting for? Check it out HERE!

RONDA ROUSEY:  “IF YOU NEED LUBE, YOU’RE NOT THE DUDE!” 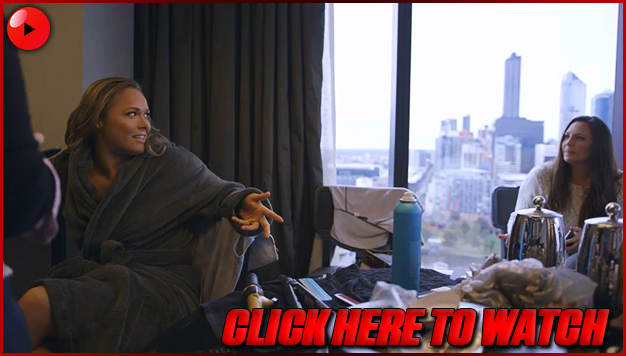