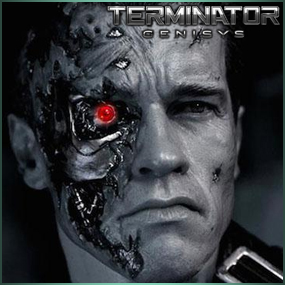 The Terminator Clashes with Himself in the Ultimate Battle of the Ah-nold!

Some movie clips are merely teasers, a little glimpse into the film they are promoting, hoping to whet your appetite enough so that you are enticed to see the cinematic presentation when it hits a theatre near you  And then, once in a while, the studios release a clip that really gets you going, builds intrigue and excitement just by letting you know that a scene has been shot, and you have to see the picture to know what happens.

We’ve entered into the era of the viral movie clip, as THE PRODUCERS OF MAD MAX: FURY ROAD ALLOWED US TO SEE SIX FULL CLIPS FROM THE FILM BEFORE IT WAS RELEASED … and now, the makers of “Terminator: Genisys” have taken the “tease” approach with this clip that features Ah-nold confronting younger Ah-nold.  All courtesy of CGI.
Of course, we’re HustleTweeting about “Terminator: Genisys” and you’re more than welcome to join the conversation by following The Heyman Hustle on Twitter HERE! You can also post your thoughts on our Facebook page HERE!  If you feel compelled to write us, please do so at HustleOnCrave (at) Gmail.com 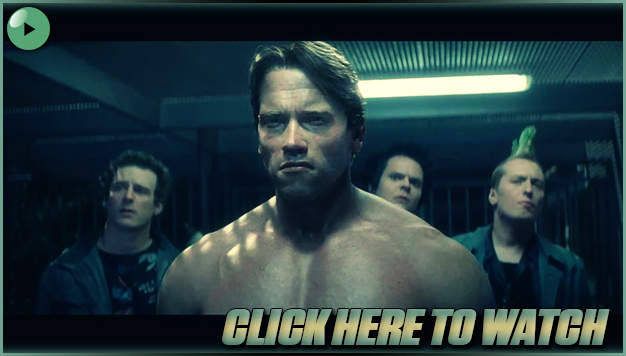