See What Happens When Brock Lesnar Doesn't Feel Like Getting Interviewed 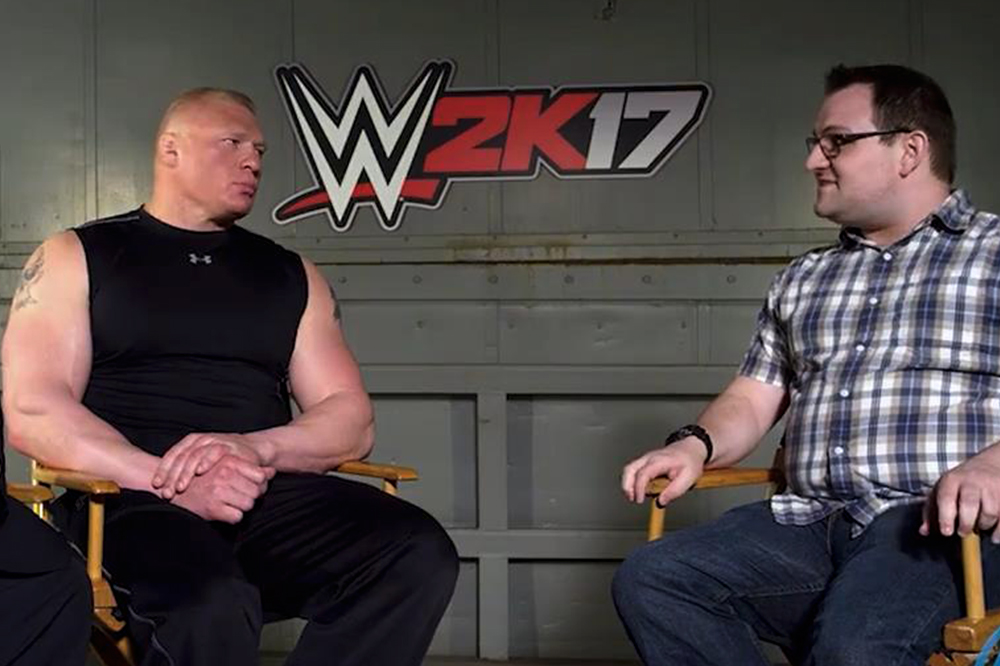 Brock Lesnar and his Advocate, our boss Paul Heyman were interviewed by GameCenter to promote Brock on the cover of the upcoming WWE 2K17 video game, and it’s apparent from the start that The Beast Incarnate was simply not in the mood for this particular interview.

Try not to have tears running down your face from laughing so hard when watching this video, and then join the conversation about Brock Lesnar and Paul Heyman on the Hustle’s Twitter HERE … or on our hyper-interactive Facebook page HERE!