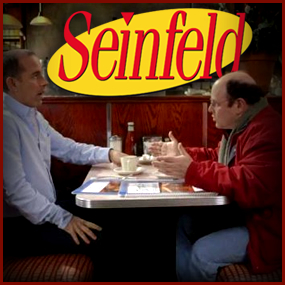 Jerry and George talk about the Super Bowl at Tom’s Restaurant … and Newman drops by, too!

Jerry “Seinfeld” Seinfeld (now there was a great stretch, by the way) and Jason “George Costanza” Alexander (who now, in hindsight, seems to be playing Larry David) have reunited for the first time in sixteen years, reprising their roles from the NBC sitcom in order to drive traffic to Seinfeld’s “Comedians in Cars Getting Coffee” online series. Hey, everyone has a Hustle, know what we mean?

The duo discuss the Super Bowl and other topics at Tom’s Restaurant in the Columbia University area of Upper Manhattan, and are surprised by Wayne “Newman” Knight’s great cameo. Of course, we’re HustleTweeting about the 2014 Seinfeld Reunion, and you’re more than welcome to join the conversation by following THE HEYMAN HUSTLE on Twitter HERE or write to us directly at hustleoncrave@gmail.com  Hey, have you checked out the Hustle’s Ultra High Quality You Tube Channel, with exclusive videos featuring OUR WORLD EXCLUSIVE WITH MIKE TYSON … BROCK LESNAR’S “HERE COMES THE PAIN” … ICE-T AND COCO’s SEX SECRETS … MMA BAD BOY NICK DIAZ … the list goes on and on, so if you’re not subscribing, you’re missing something … and by the ways cheapos, it’s FREE! Yes, absolutely 100 percent FREE! What are you waiting for? Check it out HERE! 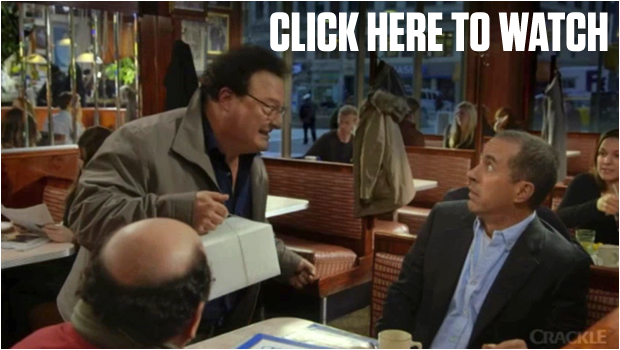