Shane Carwin Blows Out His Knee, Has To Pull Out of UFC Slugfest Against Roy Nelson 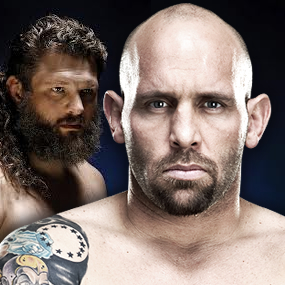 The First Round Terminator Suffers A Terrible Setback

The Ultimate Fighting exec was forced to announced Shane Carwin is injured and therefore out of his fight against Roy Nelson….

The First Round Terminator Suffers A Terrible Setback

UFC President Dana White said it best today when he posted on Twitter, “It never ends.”

The Ultimate Fighting exec was forced to announced Shane Carwin is injured and therefore out of his fight against Roy Nelson.

White informed the Twitterverse that Carwin blew out his knee, and added UFC has already begun searching for a suitable replacement to face Nelson on the card. Carwin and Nelson, two bad ass sluggers with awesome knockout power coached opposite each other on the current 16th season of “The Ultimate Fighter,” which taped over the summer and currently airs on Friday nights on FX Network.

Carwin, a former interim UFC heavyweight champion, was going to be fighting for the first time in 18 months. He has spent a majority of that time recovering from surgeries to correct back and neck issues. His newest injury, a blown out knee, carries with it an unknown factor in terms of when Carwin will be able to return.

Carwin’s last victory came at UFC 111 with a first-round knockout of Frank Mir that took his record to 12-0 with 12 first-round stoppages. He won the UFC Interim Heavyweight Championship in that fight, and then met Brock Lesnar for the undisputed belt at UFC 116.

After a dominant, bloody and violent beating he handed Lesnar in the 1stround, Carwin tapped to an arm triangle choke in round two. Then, in June, 2011, Carwin opposed Junior Dos Santos, only to lose via unanimous decision.  in a title elimination fight and lost by unanimous decision.

Of course, we’re HustleTweeting about Shane Carwin, and you’re more than welcome to join the conversation by following THE HEYMAN HUSTLE on Twitter HERE or write to us directly at hustleoncrave@gmail.com  Hey, have you checked out the Hustle’s Ultra High Quality You Tube Channel, with exclusive videos featuring OUR WORLD EXCLUSIVE WITH MIKE TYSON … BROCK LESNAR’S “HERE COMES THE PAIN” … ICE-T AND COCO’s SEX SECRETS … TEEN SENSATION TAYLOR MOMSEN … UFC BAD BOY NICK DIAZ … THE WALKING RIOT MISSY HYATT if you’re not subscribing, you’re missing something … and by the ways cheapos, it’s FREE! Yes, absolutely 100 percent FREE! What are you waiting for? Check it out HERE!