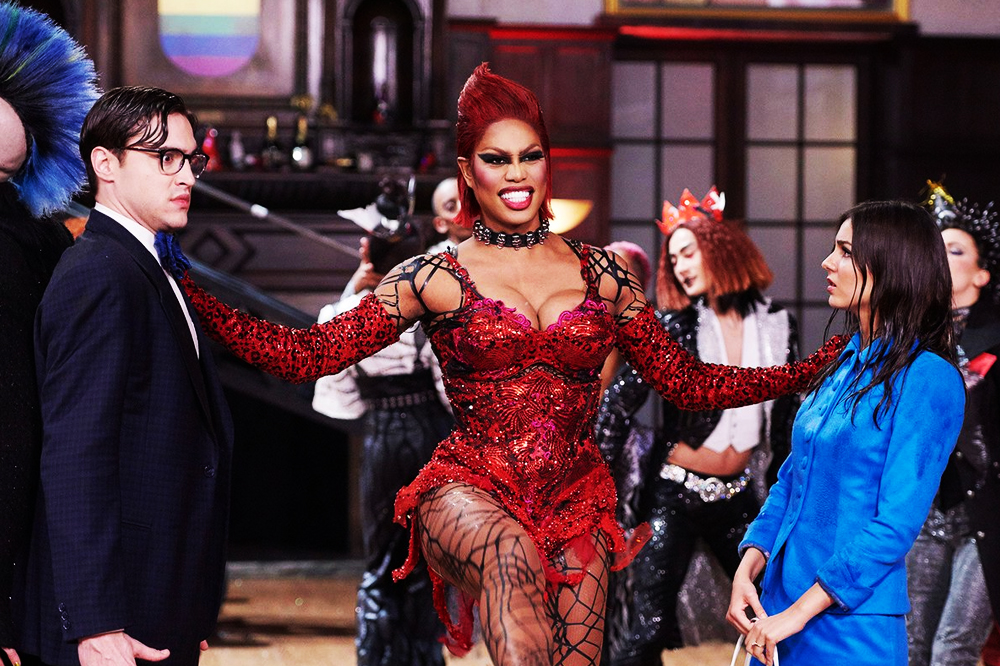 While it may be perceived as sacrilege to some, Fox has remade the cult classic The Rocky Horror Picture Show. Playing the role Tim Curry made famous, emerging star Laverne Cox updates the 1975 portrayal of the sex-crazed, diabolical Dr. Frank-N-Furter.

Audio of the actress singing the character’s theme, “Sweet Transvestite” is now streaming. Cox, who is transgender and an outspoken activist for transgender rights, parsed the term “transvestite,” which she described as an “antiquated term that trans folks certainly don’t use,” with Vanity Fair, which premiered the song. “I had a conversation [with director] Kenny [Ortega],” she said. “We talked about the word ‘transvestite.’ Historically, the terms have changed [and] it doesn’t mean the same thing today that it meant in the Seventies. It’s not appropriate to refer to trans people as a transvestite [today], but it is [used here as] the character in that specific moment in history.”

We’re HustleTweeting about The Rocky Horror Picture Show, and you’re more than welcome to join the conversation by following the Hustle on Twitter HERE or by hitting LIKE on our hyper-interactive Facebook page HERE!