Brady & Lebron Buy Pickleball Teams; So What The Hell Is Pickleball? 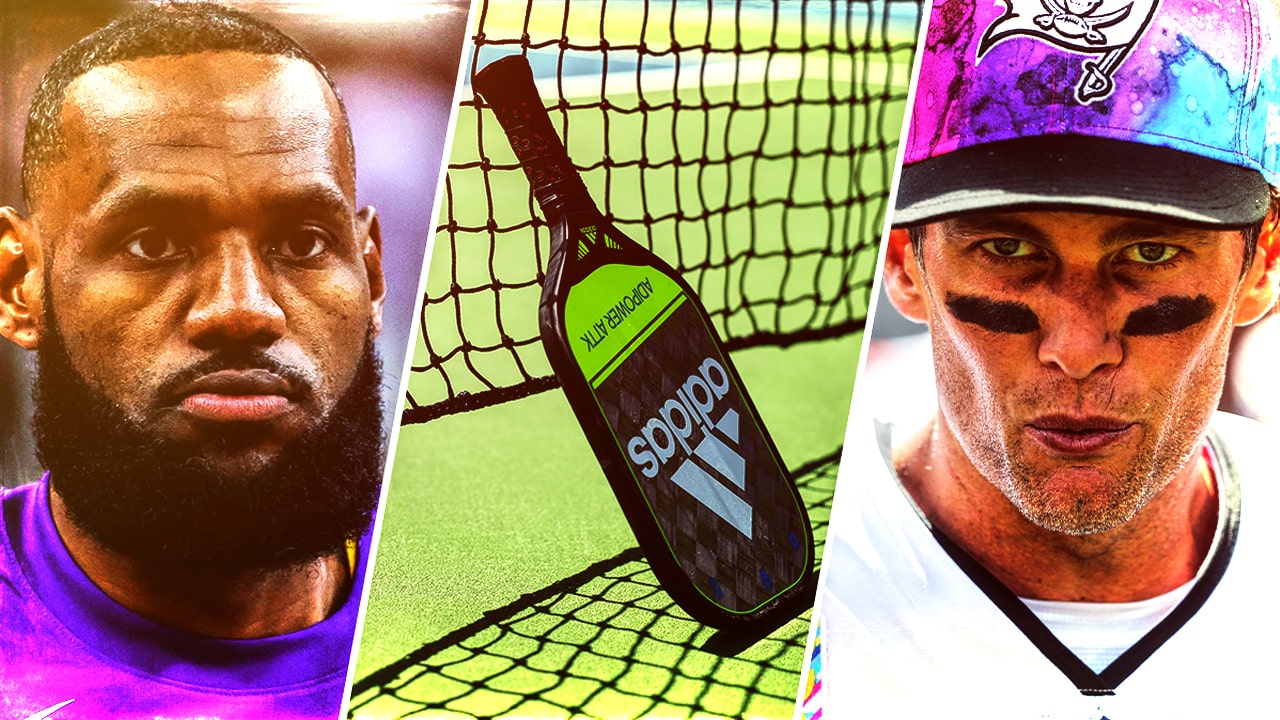 Sports superstars Tom Brady and Lebron James have invested in separate Major League Pickleball Teams. In September 2022 James and his investor group, which includes fellow NBA stars Kevin Love and Draymond Green, announced they were investing in the league. In early October it was announced Tom Brady was jumping on the pickleball train. So what is pickleball and why is it so popular?

Pickleball is the fastest growing sport in the US, and has been for two straight years. It is a racquet/paddle game that combines elements of tennis, badminton and ping pong. The game uses light-weight ping pong-like paddles, a light weight but fast moving plastic ball, and is played in singles or doubles form.

The game was invented back in 1965 by US Congressman Joel Pritchard of Washington. According to USAPickleball.org, Pritchard and his friend Bill Bell found themselves and their families bored with nothing to do. Wanting to play a game of badminton, Pritchard and Bell could not find a full set of badminton racquets so they improvised and used ping pong paddles and a Wiffle Ball. Over the next week they lowered the badminton net to 36 inches and began writing rules for their new, unnamed game. The game would eventually be called “pickleball” because the use of other game’s equipment reminded Pritchard’s wife of a pickle boat; a boat made of leftover spare supplies from other boats. Table tennis paddles were replaced by larger ones, and the Wiffle Ball was replaced by a Cosom Fun Ball.

In 1978, the book “The Other Racquet Sports” was published and included information about pickleball. By 1990 the game was being played in all 50 states. In 2010 the game became increasingly popular on a national level. A decade later…Covid happened.

During the Covid-19 Pandemic, pickleball interest grew rapidly as families sought alternative ways to exercise and have fun outdoors. According to the Sports And Fitness Industry Association (SFIA), pickleball has grown 40% since the pandemic and currently has nearly 5 million players. The SFIA estimates there will be nearly 40 million players by 2030.

Pickleball courts are popping up all over the nation. As of this writing, there are over 8500 courts over 50 states according to USA Pickleball’s “Places2Play” guide. Courts are being erected each day in public parks and YMCAs all over the country. Professional leagues, such as Major League Pickleball, which Lebron, Brady have invested in, are generating millions of dollars in profit while at the same time rewarding such purses to tournament winners.

As 2022 comes to a close, pickleball is having its best year ever. The costs of owning a pro team and even places to play are relatively cheap, and highly profitable compared to other sports and activities. With the endorsement and praise of many celebrities, athletes and entrepreneurs, Pickleball is growing and is here to stay. Billionaire Bill Gates summed up pickleball perfectly in a July 2022 interview with Forbes Magazine; “Pickleball is a mashup of tennis, badminton, and ping pong.” He continued to describe it’s massive appeal; “It is easy to play and easy to learn, whether you are young or old…..It’s just super fun!”