HUSTLE EXCLUSIVE! Steve Austin Arrives On The Red Carpet For The Premiere of The Expendables! 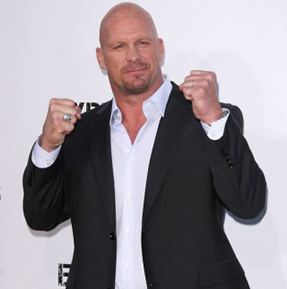 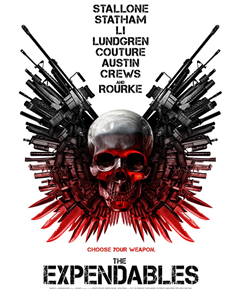 Steve ("No Longer Stone Cold") Austin arrived to a huge applause (and several "What" chants and "Stone Cold! Stone Cold!" shout outs) as Lionsgate presented a huge Premiere shindig for The Expendables, which debuts August 13th. The movie stars Sylvester Stallone, Bruce Willis, The Governator (doesn’t he have to run a state with a hyuuuuuuge deficit? another day, another headline), Austin, Jason Statham, UFC Hall of Famer Randy Couture, and a cast of thousands.

Austin, who is scheduled for another round of back-to-back films this fall, has received widespread critical acclaim for his role as a villain in the movie. "I had a lot of fun making this film" Austin said on the red carpet, "I look at it as this movie was a great opportunity for me!"

CLICK ON THE PICS BELOW TO SEE THE ENTIRE GALLERY
OF STEVE AUSTIN ARRIVING AT THE PREMIERE OF THE EXPENDABLES!