STRIKEFORCE: Fedor vs Henderson The Aftermath 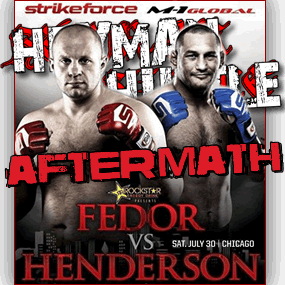 The Last Emporer Falls In His Third Consecutive Loss as Hendo Cements His Legacy!

It happened at 4:12 into the first round. As the crowd at the Sears Centre in Hoffman Estates, Illinois was going wild, referee Herb Dean made a judgement call. From his vantage point, Dan Henderson’s uppercut from the ground had caused Fedor Emelianenko to go limp. That’s all Dean needed to see. He stepped in and stopped the fight.

From first glance both live and on television, the stoppage looked premature. But in subsequent replays from all different angles, it was obvious that Fedor Emelianenko had gone limp from Henderson’s brutal blast, and the stoppage was as righteous as call as the respected official has ever made.

We’re HustleTweeting about Fedor vs Henderson, and you’re more than welcome to join the conversation by following the Hustle on Twitter HERE or write to us directly at hustleoncrave@gmail.com 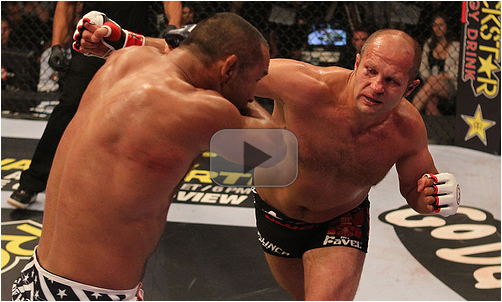