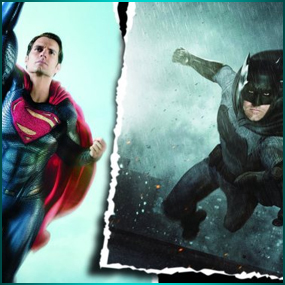 The Anticipation Grows For Next Year’s “Dawn of Justice!”

While we here at THE HEYMAN HUSTLE still believe THIS MAY BE THE MOST BAD ASS MOVIE RELEASE OF 2016, a brand new “Batman v Superman: Dawn of Justice” clip debuted during the midseason finale of Fox’s “Gotham” (talk about a target audience!), and in the scene we see Henry Cavill’s “Man of Steel” Superman UNMASK Ben Affleck’s “Dark Knight” Batman!

Affleck admitted that he was excited to be playing the iconic comic book hero because “Batman v Superman” will provide a version of the Caped Crusader that we haven’t seen before. Affleck described this Bruce Wayne/ Batman as ” … older, more broken, kind of f—ed up Batman … We have seen that Batman is willing to cross the line to protect people. That vigilantism has been a part of his character all along, and we are tapping into that mentality when faced by something as potentially as deadly as Superman.”

Director Zack Snyder describes Batman as having “a crisis of conscience” in the new film. “We want to assume that Batman has reached this point in his life and career as a superhero, and Superman represents a sort of philosophical change. He is a paradigm shift for Batman: I’ve been fighting criminals all my life, trying to find justice, and now I am confronted with a concept that is transcendent to me. In the face of Superman, a man robbing a bank doesn’t matter.”

“Batman v Superman: Dawn of Justice” hits theaters on March 25. 2016 … but we’re HustleTweeting about it NOW so get off your ass and join the conversation by following the Hustle on Twitter HERE or write to us directly at hustleoncrave@gmail.com Hey, have you checked out the Hustle’s Ultra High Quality YouTube Channel, with exclusive videos featuring the #HUSTLEBOOTYTEMPTATS SUPERMODEL OF THE YEAR … OUR WORLD EXCLUSIVE WITH MIKE TYSON … BROCK LESNAR’S “HERE COMES THE PAIN” … ICE-T AND COCO’s SEX SECRETS … MMA BAD BOY NICK DIAZ … the list goes on and on, so if you’re not subscribing, you’re missing something … and by the ways cheapos, it’s FREE! Yes, absolutely 100 percent FREE! What are you waiting for? Check it out HERE! 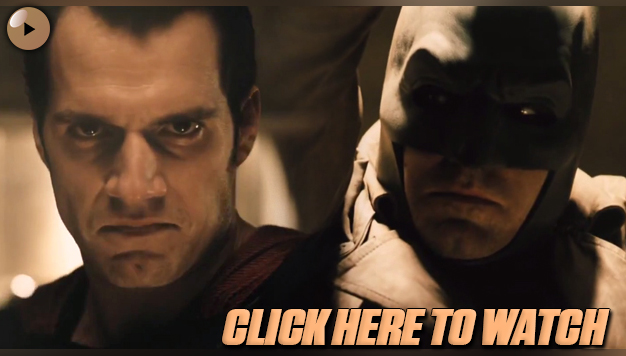