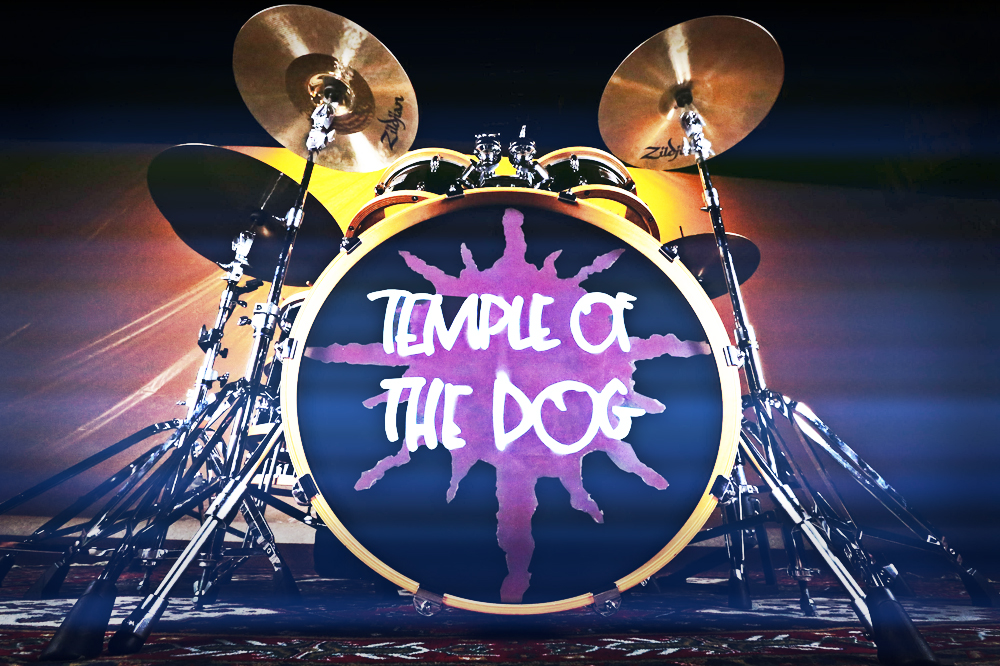 Temple of the Dog has reunited, and it’s not without controversy. The band was originally convened a quarter-century ago, in tribute to their friend and colleague Andrew Wood, lead singer of the Seattle bands Malfunkshun and Mother Love Bone, who died in March 1990 of a heroin overdose shortly before the release of Mother Love Bone’s debut album, “Apple.” Wood was roommates with Chris Cornell, whose great claim to fame is as lead singer for Soundgarden. In addition to Cornell on vocals, there’s Stone Gossard and Jeff Ament on guitars (both ex-members of Mother Love Bone and longtime members of Pearl Jam), Mike McCready (of Pearl Jam) on lead guitar, and Matt Cameron (who was with Soundgarden until the band’s breakup, and has been with Pearl Jam ever since) on drums.

Here’s an interesting fact: Despite being formed over 25 years ago, this is the first time they have ever toured. The success of Pearl Jam and Soundgarden prevented that from happening back in the day, but now is the time the band has come together and put together a short mini-tour.

The name Temple of the Dog came from a lyric by Wood in the Mother Love Bone song “Man of Golden Words” A&M released the self-titled album in April 1991 and 70,000 copies sold that year, but not until 1992 did sales explode. After the post-Nirvana success of Pearl Jam’s debut, “Ten,” and Soundgarden’s “Badmotorfinger,” A&M reissued “Temple of the Dog” and promoted the video for “Hunger Strike,” featuring the band and Pearl Jam vocalist Eddie Vedder.

“It didn’t really get that broad attention,” Cornell said, “until someone at MTV put it together that Oh, there’s this one video that we have that has members of both bands in it; let’s play it all day!”

The reunion is not without drama.

In a new blog posting to Xanaland, Wood’s longtime girlfriend, Xana La Fuente, ripped the reunion as nothing more than a cash grab

Throughout her post, La Fuente referred to Cornell as “The Mustache” and a “chode.” She accused him of failing to give her writing credit for the song “Times of Trouble,” for giving away Wood’s possessions without her permission, and for reneging on a promise to donate Temple of the Dog profits to charity.

This morning I woke up to a message with a link to the first or one of the first Temple of the Dog shows, you know-the ones that many people can’t get tickets to because somehow all the little people were once again FORGOTTEN.

I thought to myself ” Oh great, here we go ” Every day lately I get messages regarding this tour. People asking if I have extra tickets. Asking to interview me and ” talk about my feelings ” . Well I am sick to death of all of it and just want it and The Mustache with his shitty lame rendition of a song about ME to GO AWAY. It’s bad enough he never gave me credit for partial lyrics I wrote in the chorus to Times of Trouble. I have literal proof of this in copyrighted poems I was sent and that were sent to me by a friend in prison. He’s now a very successful writer and magazine owner.

Let’s think about why the Temple of the Dog songs were written. Were they not written to console me and others over the loss of Andy? Chris gave me a cassette of songs and told me ” These are for you about Andy ” . Then Jeff and Soney heard them when I played them at Kelly and Peggy’s home where Jerry Cantrell and I were living. They asked Chris about the songs and went on to record them, with the ( broken ) promise that all the money would go to charity. That of course, never happened.

And people wonder why I call him a chode. It’s bad enough he took all MY BELONGINGS ( the law says possession is 9/10th’s of the law ) Andy’s lyric books, and all his stuff were in an apt. that only I paid the rent and all the other bills on, he had not worked for years. I was the one working for years to make sure he could stay home and write. I was the one who didn’t drink with him, didn’t smoke pot with him and certainly did not shoot heroin with him and in fact tried to get all of these guys including Chris, Stone, Jeff, the ” management ” and his ” family ” to LISTEN TO ME and they did not. I was the one who had to come home and find him overdosed. That stuff was my property and yes, we should have made copies of all the music and the lyrics and so on but the originals were mine. Everything he wore, including his Laker’s Jersey I paid for.

Chris had no right to give all this stuff to his family. All they did was turn around and sell it. Don’t get me started on all the lies and promises about money and royalties. And if you are one of those people reading this from Idaho who is obsessed with Chris, has never been to Seattle and wants to tell me how you think I’m a b*tch for calling Pearl Jam out or tell me ” They don’t owe you anything Xana ” then fuck you and don’t even think of leaving any shitty comments here they will be deleted immediately. YOU don’t know what really happened, but I do.

Temple of the Dog’s reunion tour continues Monday night at Madison Square Garden in New York City. The show in Philadelphia, a throwback to the Grunge era was highlighted by “River of Deceit” which was a huge hit for another Seattle supergroup, Mad Season.

We’re HustleTweeting about Temple of the Dog, and you’re more than welcome to join the conversation by following the Hustle on Twitter HERE or by hitting LIKE on our hyper-interactive Facebook page HERE!