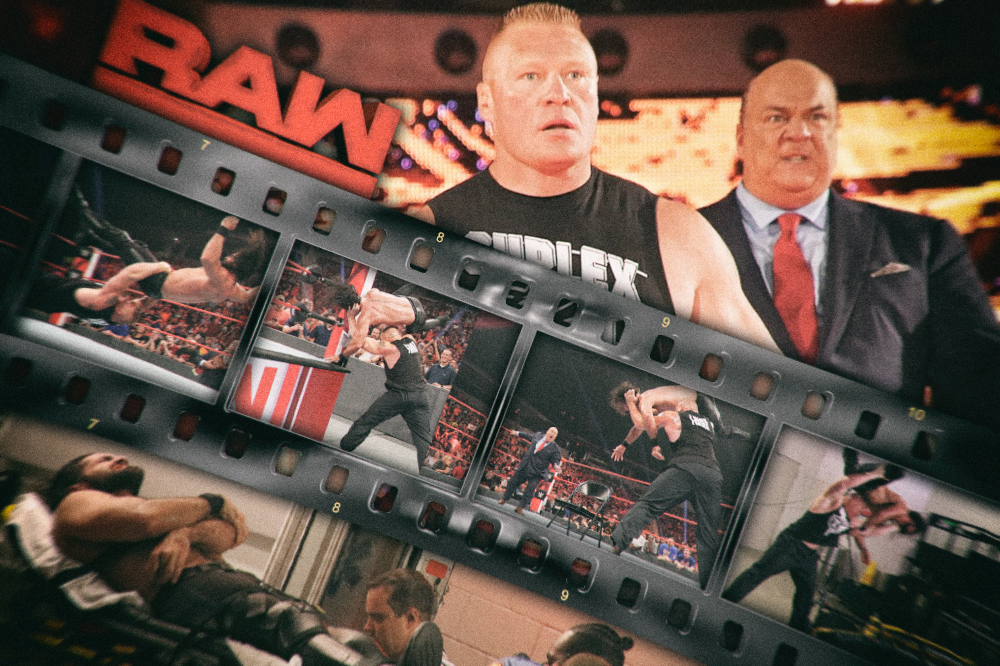 It was, perhaps, the most brutal display of sheer aggression in the history of WWE Monday Night RAW. With SummerSlam only 13 days away, Brock Lesnar struck, and in a manner no one will ever forget. According to WWE.com:

For Seth Rollins, Raw was all about righting injustice and getting payback against Dolph Ziggler for humiliating Shawn Michaels last week. A noble quest, to be sure, but with Universal Champion Brock Lesnar looming large in the distance, it’s hard not to think that The Beastslayer was focusing on the wrong opponent — especially since Lesnar came calling on Raw.

The Beast picked the perfect moment to strike, too. Between Ziggler’s superkick of HBK last week and his theft of the Hall of Famer’s entrance on Raw, Rollins was all righteous retribution in defense of the legendary Michaels. That also meant he wasn’t remotely ready for the mere possibility of The Conqueror. Lesnar hit the scene and brutalized Rollins with the slightest assist from The Showoff, who briefly ensnared Rollins’ ankle to leave him helpless against the hard-charging Beast.

“Helpless” was the operative word: Brock brutalized his challenger with German Suplexes in and around the ring and three F-5’s onto the back of a steel chair, which was positioned upright. The third was against the surprising protestations of Paul Heyman, who seemed to think the damage had been done and appeared unable to convince Lesnar to back off.

The brutalization continued in the backstage area when The Beast stopped Rollins’ ambulance from leaving the arena, yanked him out of the back and F-5’ed him again on the side of his stretcher. That’s a surprising turn of events and an ominous sign for SummerSlam. After all, there’s always been at least one person who could control Brock. If that governor no longer applies, then Rollins might have finally found the one hill he can’t climb.