The Boys Are Back in Tinsel Town 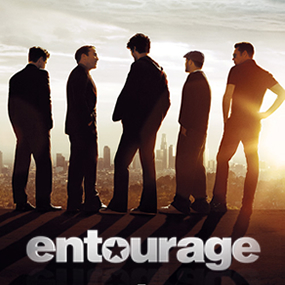 It’s The Very First Look at the New “Entourage” Movie!

The first teaser trailer for Entourage has been released, and creator Doug Ellin‘s film picks up where the HBO series left off. Here, Ari Gold (Jeremy Piven) is now running his own studio. His first production? A $100 million action movie directed by and starring his golden boy Vincent Chase (Adrian Grenier). And if Gold’s screaming and thrashing are any indication, it’s not exactly going according to plan. Tagging along for the ride, as they do, are his crew, played by Kevin Connolly, Kevin Dillon, and Jerry Ferrara. Emmanuelle Chriqui reprises her role as Sloan, while Billy Bob Thornton, Emily Ratajkowski, Haley Joel Osment and UFC Champion Ronda Rousey make notable appearances.

Of course, we’re HustleTweeting about Entourage, and you’re more than welcome to join the conversation by following the Hustle on Twitter HERE or write to us directly at hustleoncrave@gmail.com Hey, have you checked out the Hustle’s Ultra High Quality You Tube Channel, with exclusive videos featuring OUR WORLD EXCLUSIVE WITH MIKE TYSON … BROCK LESNAR’S “HERE COMES THE PAIN” … ICE-T AND COCO’s SEX SECRETS … MMA BAD BOY NICK DIAZ … the list goes on and on, so if you’re not subscribing, you’re missing something … and by the ways cheapos, it’s FREE! Yes, absolutely 100 percent FREE! What are you waiting for? Check it out HERE!

CHECK OUT THE VERY 1st LOOK AT THE NEW “ENTOURAGE” MOVIE! 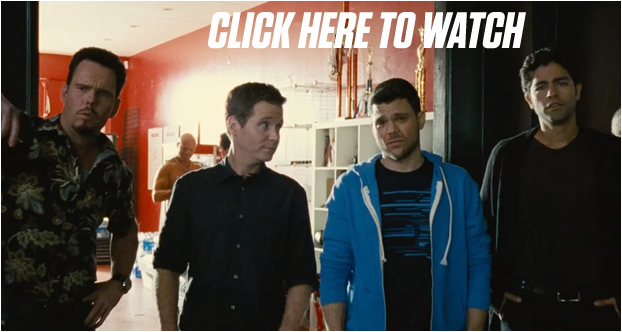