The Chicago Blackhawks Want Your Women 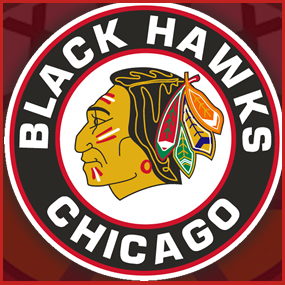 The Chicago Blackhawks have given Windy City residents plenty of reasons to become hockey fans recently, bringing home two Stanley Cup victories in the past four years. But what’s most amazing about the stunning increase in new Blackhawks fans…..

The Chicago Blackhawks have given Windy City residents plenty of reasons to become hockey fans recently, bringing home two Stanley Cup victories in the past four years. But what’s most amazing about the stunning increase in new Blackhawks fans isn’t the sheer number (which is, simply put, staggering), but the fact one of the largest demographic increases comes from women.

According to a study published by the New York-based Scarborough Research, women now represent 38 percent of the Blackhawks hometown audience, up from 28 percent just five years ago. The research group arrived at these figures by surveying more than 4,100 native Chicagoans on whether they watched, attended or listened to a Blackhawks game during a given period.

When the team aired games on Comcast SportsNet Chicago last season, the ratings were 73 percent higher than the network’s previous all time hockey ratings of 3.11, but perhaps even more impressive is the statistic that ratings in the women 18-34 and women 21-34 categories each rose by 102 percent.

This obviously has not gone un-noticed by sponsors and advertisers, who have come jumped on the team’s popularlity with an outreach to its female fanbase.  Lincolnshire-based mail-order office-supply company Quill.com, for example, recently renewed its corporate partnership with the team in part because it tested well with women, who make up the majority of its consumer base.

Blackhawks team owner Rocky Wirtz has reportedly pushed all departments to work hard at new ideas to appeal to the female Blackhawks fans, including a social media push on Pinterest, whose user base is 80 percent female.

“The strategy remains to mainstream the Blackhawks brand,” the team’s Executive Vice President Jay Blunk stated in a recent article posted by Crains.

He noted, “Our hope is for the continued development of a deeper connection to the Blackhawks brand if fans identify with the personalities of our players.”

In other words, the Chicago Blackhawks want your women!

Take, for example, Patrick Sharp, the Blackhawks’ forward who was named one of Chicago Magazine’s 50 Most Beautiful Chicagoans (sort of a Second City version of THE HEYMAN HUSTLE’S TOP 15 HUSTLE BOOTY TEMP TATS GIRLS). The team, which boasts a super-young lineup that includes six major Blackhawks players under the age of twenty five (and we can name ’em, too …Patrick Kane … Jonathan Toews … Andrew Shaw …  Nick Leddy … Marcus Kruger  … Joakim Nordstrom) which not only plays into our very own Hustler De Tuti Hustlers Paul Heyman‘s mantra of “youth youth youth” but also  helps the team seriously appeal to a younger audience.

The team is on such a role, they even get positive press for raising ticket prices. We’re not kidding. This year, the Blackhawks took advantage of the high demand for their games, and raised ticket prices sixteen percent. Team Owner Wirtz told The Chicago Sun-Times the move was to make the games more family-friendly. Check out his reasoning:  “As the tickets are more valuable, our fan behavior is becoming better.”

The media actually praised this logic, reasoning that more expensive tickets was a key factor in keeping out rowdy fans who show up to games to drink heavily and get in fights. In terms of marketing their team to the widest, most diverse audience possible, The Chicago Blackhawks are pulling way out in front of all the other teams in the NHL.

Of course, we’re HustleTweeting about the female-friendly Chicago Blackhawks, and you’re more than welcome to join us by following THE HEYMAN HUSTLE and telling us what YOU think RIGHT F’N HERE! We got the whole social media thing covered, so check out the Hustle’s Ultra High Quality You Tube Channel, with exclusive videos featuring OUR WORLD EXCLUSIVE WITH MIKE TYSON … BROCK LESNAR’S “HERE COMES THE PAIN” … ICE-T AND COCO’s SEX SECRETS … TEEN SENSATION TAYLOR MOMSEN … UFC BAD BOY NICK DIAZ … THE WALKING RIOT MISSY HYATT if you’re not subscribing, you’re missing something … and by the ways cheapos, it’s FREE! Yes, absolutely 100 percent FREE! What are you waiting for? Check it out HERE!