The NBA Gets Set For Mexico City Games 2017 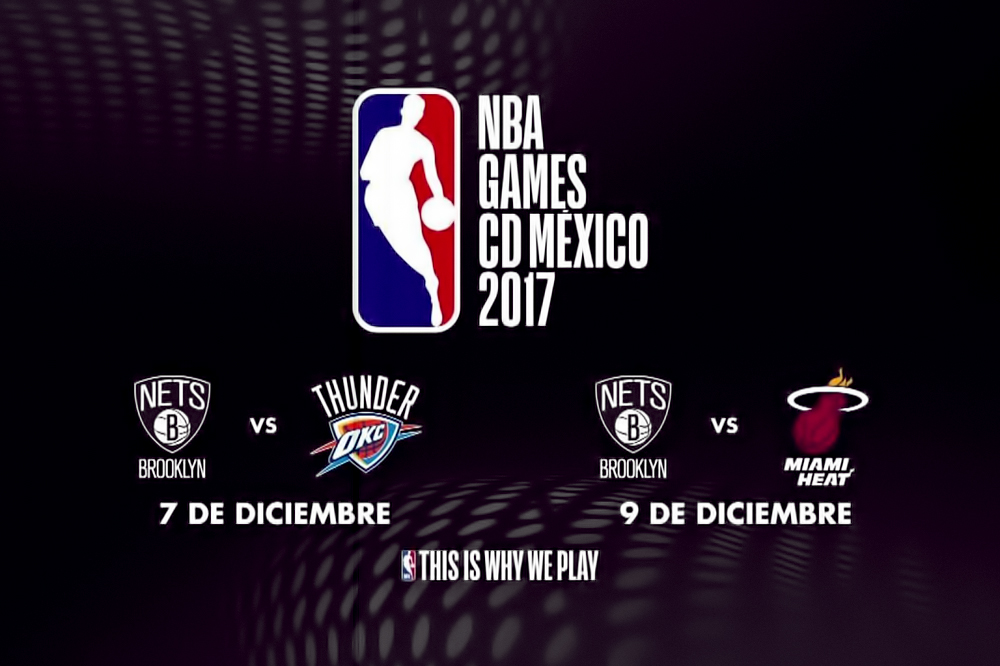 The NBA and Zignia Live announced that NBA Mexico City Games 2017 will feature the Brooklyn Nets playing regular-season games against the Oklahoma City Thunder on Thursday, December 7th … and the Nets against the Miami Heat on Saturday, December 9th at the Arena Ciudad de Mexico.

The games will mark the first time the NBA has hosted four regular-season contests in Mexico in the same calendar year. Last January, the Phoenix Suns took on the Dallas Mavericks (January 12) and the San Antonio Spurs (January 14) in Mexico City.

The games will be broadcast live by ESPN and Televisa in Mexico and will be available to fans around the world on the NBA App. NBA Mexico City Games 2017 culminates the 25th anniversary celebration of the first NBA game in Mexico and marks the 25th and 26th games in Mexico since 1992, the most NBA games held in any country outside the United States and Canada.

In addition to the on court action, NBA Mexico City Games 2017 will feature a variety of interactive fan activities, NBA Cares community outreach initiatives and Jr. NBA programming that will bring the NBA experience to fans in Mexico City.

We’re HustleTweeting about NBA Mexico City Games 2017, and you’re more than welcome to join the conversation on the Hustle Twitter HERE and also on our hyper-interactive Facebook page HERE!