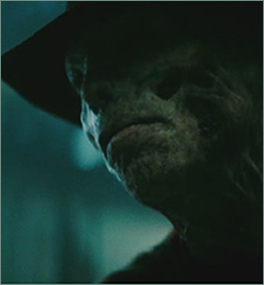 The teaser for the Michael Bay-produced remake of “A Nightmare on Elm Street”, which will be premiere on April 30, 2010 has been released

, and Robert Englund fans are having conniptions over Jackie Earle Haley taking over the role of Freddy Krueger. But the Nightmare franchise is continuing, and the victims include Melrose Place’s Katie Cassidy.

Certain things remain the same. Remember the scene where Freddy’s razor-glove appears in the bathtub?
Yup, it’s here. And please be prepared, as the cliche goes, to expect the unexpected. The movie is directed by Samuel Bayer, who was the visionary music video director behind Nirvana’s “Smells Like Teen Spirit,” as well as Ozzy’s “Mama I’m Coming Home,” The Cranberries’ “Zombie,”  Hole’s “Doll Parts,” Collective Soul’s “Breathe,” Garbage’s “Stupid Girl,”  Melissa Ethridge’s “Come To My Window,” Metallica’s “Until It Sleeps,” Sheryl Crow’s “My Favorite Mistake,” Green Day’s “Boulevard of Broken Dreams” and “Working Class Hero”

You get the point, don’t you?

Check out the exclusive stills from the film HERE, and enjoy the trailer … if you dare.

Wow, that was hokey, wasn’t it?
I mean, “if you dare” just isn’t sweet
But I bet Freddy got a kick out of it
For his Nightmare on Elm Street! 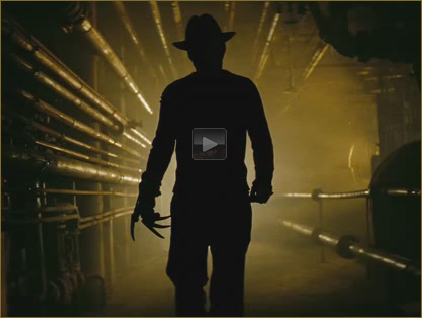