The New World of DKNY 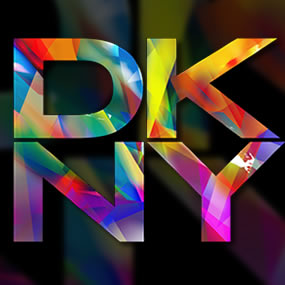 Donna Karan has rocked the fashion world, and we here at THE HEYMAN HUSTLE bet the forward-thinking designer is a step ahead of her competitors, who will all follow suit with big moves this year. In a shocking move, Dao-Yi Chow and Maxwell Osborne, founders and creative directors of the hip, streetwear-meets-high-fashion brand Public School, have been tapped to become the new creative directors of Donna Karan International’s younger, hipper, more affordable line DKNY. Oh, but there’s so much more!

In an equally stunning move, Donna Karan International also revealed that it had poached from the tech world by hiring Hector Muelas, the Creative Director of Worldwide Marketing Communications for Apple, as its “Chief Image Officer,” a new position for the New York-based company. For DKNY, the two new creative directors, who will show their first DKNY collections at New York Fashion Week in September, represent a refresh for a brand. “Dao Yi and Maxwell are proven leaders in pushing fashion innovation and are always looking forward. They represent authentic New York and bring a clear vision of DKNY for the future,” Caroline Brown, Chief Executive Officer of Donna Karan International said in a statement, adding that Muelas’ “vision will allow for a 360 experience across all consumer touch points, brand messaging, digital universe, architecture, marketing and more.”

The designers, who it must be noted the company said would not be doing interviews until September, issued a statement about their new positions saying they grew up with DKNY as native New Yorkers, “and it is one of the brands that helped change the game for us and for American fashion. It evokes everything our city was always about—energy disruption, new thinking and transcending all boundaries.”

We’re not done yet.

The two new creative directors, who will continue to design for Public School, are the new breed in the hoity toity fashion world. A prominent New York business journal likened the revolution to where the duo have been depicted more as streetwise regular guys (Chow is from Jackson Heights, Queens … Osborne is a Kensington, Brooklyn native) who happen to be fashion designers versus elite geniuses holed up in their studios obsessing over mood boards in between jaunts to Paris.

Chow and Osborne, however, have been “thee” rising stars among the fashion elite.They are finalists this year for the coveted CFDA Fashion Awards in the Menswear Designer of the Year division, alongside names like Tom Ford. They won in the same category back in 2014. One of their big challenges with DKNY may be womenswear, since their initial focus at Public School was men’s.

Jane Chung, the Executive Vice President of design at DKNY who had been with the brand since launch, will be transitioning out over the next month, and her role at the parent company going forward isn’t clear, Women’s Wear Daily reported.

The two new creative directors won’t be the only fresh faces at privately held Donna Karan International, which is part of the Paris-based LVMH Moet Hennessy-Louis Vuitton luxury conglomerate and also sells under the Donna Karan New York brand, with more than 275 retail stores and over 80 shops-in-shops across 41 countries. According to several New York insiders and trade publications, Muelas is not only a big hire from Apple but one that feels like reverse-poaching. In recent months, Apple has hired a series of former fashion executives, most notably its retail chief Angela Ahrendts, who was the CEO of Burberry as well as former CEO of Yves St. Laurent, the highly-respected Paul Deneve.

According to several sources and reports, Muelas, who was most recently in charge of leading the global brand marketing initiatives for Apple Watch, will handle for Donna Karan all areas of brand image, marketing and creative services for Donna Karan International, as well as all digital platforms and e-commerce.

Now let’s see how the other fashion designers match or top this move.

Of course, we’re HustleTweeting about DKNY‘s Big Moves, and you’re more than welcome to join the conversation by following The Heyman Hustle on Twitter HERE! You can also post your thoughts on our Facebook page HERE!  If you feel compelled to write us, please do so at HustleOnCrave (at) Gmail.com