As Opening Day Approaches, The Rumor Mill Swirls Around The New York Mets 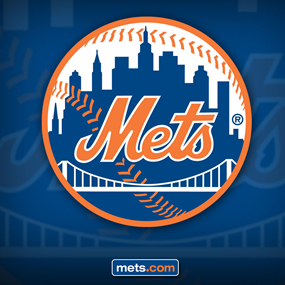 As New York sports fan eagerly await the start of the A-ROD FREE 2014 BASEBALL SEASON, the media has started to focus on who will be the starting pitcher for the Mets on March 31st when the Queens team returns to Citi Field. The rumor mill has been buzzing that Jon Niese was going to be the starting pitcher, but reports have come out of the clubhouse that Niese will start the season on the disabled list and return to action during the sixth game of the season, against the Cincinnati Reds ball team.

NY Mets Manager Terry Collins told the media 27 year old Dillon Gee is likely to get the opportiunity, adding “no disrespect to Bartolo (Colon) or anybody else, but (Dillon has) won more games for us in three years than anybody on the staff. So we’re leaning that way.”

But it’s not a final decision quite just yet. “A lot of things can happen in the next week,” Collins said. “So if something happens to Dillon, (and he) is going to need an extra day or two, we gotta look at another option. And that option would be Bartolo.”

Gee, in the meantime, is taking it all in stride. “I haven’t been told officially, but if it’s me, I’m ready to go,” he told the media. “It’s humbling they would trust me with that day. It’s a big honor if I get it, but it’s one day out of 162. That’s the whole season. But it definitely would be cool to pitch on that day.”

In 2013, Gee went 12-11 with a 3.62 ERA in 199 innings over 32 starts, walking 47 and striking out 142. Of course, we’re HustleTweeting over the latest rumors regarding The New York Mets, and you’re more than welcome to join the conversation (and you have to realize, this is one ridiculously lively conversation) by writing us on twitter HERE or write to us directly at hustleoncrave@gmail.com  Hey, have you checked out the Hustle’s Ultra High Quality You Tube Channel, with exclusive videos featuring OUR WORLD EXCLUSIVE WITH MIKE TYSON … BROCK LESNAR’S “HERE COMES THE PAIN” … ICE-T AND COCO’s SEX SECRETS … MMA BAD BOY NICK DIAZ … the list goes on and on, so if you’re not subscribing, you’re missing something … and by the ways cheapos, it’s FREE! Yes, absolutely 100 percent FREE! What are you waiting for? Check it out HERE!