The Rolling Stones Are Headed To Cuba 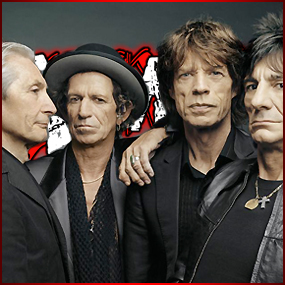 All New Ground For The Band That Goes Way Past The Description “Legendary!”

Never ones to rest on their laurels, The Rolling Stones will venture into new territory on Friday, March 25, 2016 when they perform at the Ciudad Deportiva de la Habana in Havana, Cuba. The performance will be the first open air concert in the country by a British rock band.  The historic event follows the band’s America Latina Ole tour, which has seen the band play in stadiums in Santiago, Buenos Aires, Montevideo, Rio De Janeiro, São Paulo and Porto Alegre with Lima, Bogotá and Mexico City to follow next week. A report on The Rolling Stones official website, the Stones are also leading a musician to musician initiative in which much needed musical instruments and equipment are being donated by major suppliers for the benefit of Cuban musicians of all genres. Donors include The Gibson Foundation, Vic Firth, RS Berkeley, Pearl, Zildjian, Gretsch, Latin Percussion, Roland and BOSS with additional assistance from the Latin GRAMMY Cultural Foundation.

Of course, we’re HustleTweeting about The Rolling Stones in Cuba, and you’re more than welcome to join the conversation by following THE HEYMAN HUSTLE TWITTER PAGE. You can also write to us directly at hustleoncrave@gmail.com. Hey, have you checked out the Hustle’s Ultra High Quality YouTube Channel, with exclusive videos featuring Backstage with Brock Lesnar and Paul Heyman… The Footage “They” Never Wanted You To See … UFC Bad Boy Nick Diaz’s Wildest Video Ever … Behind The Scenes at WrestleMania … ICE-T and Coco’s Sex Secrets … the list goes on and on, so if you’re not subscribing, you’re missing something … and by the ways cheapos, it’s FREE! Yes, absolutely 100 percent FREE! What are you waiting for? Check it out HERE!