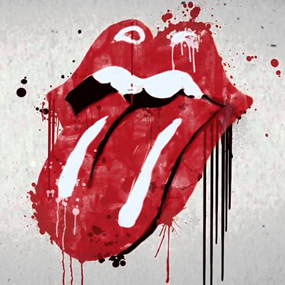 Following Mick Jagger’s significant other’s suicide, the Grandads of Rock n Roll prepare to get back to work again!

The Rolling Stones will restart their world tour next month in what will be the group’s first concerts since the death of Mick Jagger’s significant other, L’Wren Scott. The band has confirmed 14 dates across Europe and Israel in May, June and July as part of the “14 On Fire” tour. The boys get back to work on May 26 at Telenor Arena in Oslo, Norway. The Stones will play Lisbon’s Rock in Rio Festival, Tel Aviv’s HaYarkon Park, Madrid’s Bernabéu Stadium and Denmark’s Roskilde Festival.

Mick, Keith and the boys postponed their tour of Australia and New Zealand following the March 17 suicide of Mick’s long time girlfriend in New York.  Australian promoter Michael Gudinski, whose Frontier Touring is presenting the band Down Under with AEG Live, says talks are underway to bring the band back in October/November.

“14 On Fire” is largely a continuation of last year’s “50 & Counting Tour” which grossed $126 million from 23 shows in North America, along with appearances at London’s Hyde Park and the Glastonbury Festival. According to a report in Billboard, the upcoming shows will feature what the band calls a set  “packed full of classic Stones hits” such as “Gimme Shelter”…  “Paint It Black … “Jumping Jack Flash” ... ”Tumbling Dice” … “It’s Only Rock ‘N’ Roll” … and a couple of what was labeled “unexpected gems.”

The Rolling Stones’ “14 On Fire” tour dates are:

Of course, we’re HustleTweeting about The Rolling Stones, and you’re more than welcome to join the conversation (and you have to realize, this is one ridiculously lively conversation) by writing us on twitter HERE or write to us directly at hustleoncrave@gmail.com  Hey, have you checked out the Hustle’s Ultra High Quality You Tube Channel, with exclusive videos featuring OUR WORLD EXCLUSIVE WITH MIKE TYSON … BROCK LESNAR’S “HERE COMES THE PAIN” … ICE-T AND COCO’s SEX SECRETS … MMA BAD BOY NICK DIAZ … the list goes on and on, so if you’re not subscribing, you’re missing something … and by the ways cheapos, it’s FREE! Yes, absolutely 100 percent FREE! What are you waiting for? Check it out HERE!