THE ULTIMATE GUIDE TO EVERYTHING DC AT SAN DIEGO COMIC CON 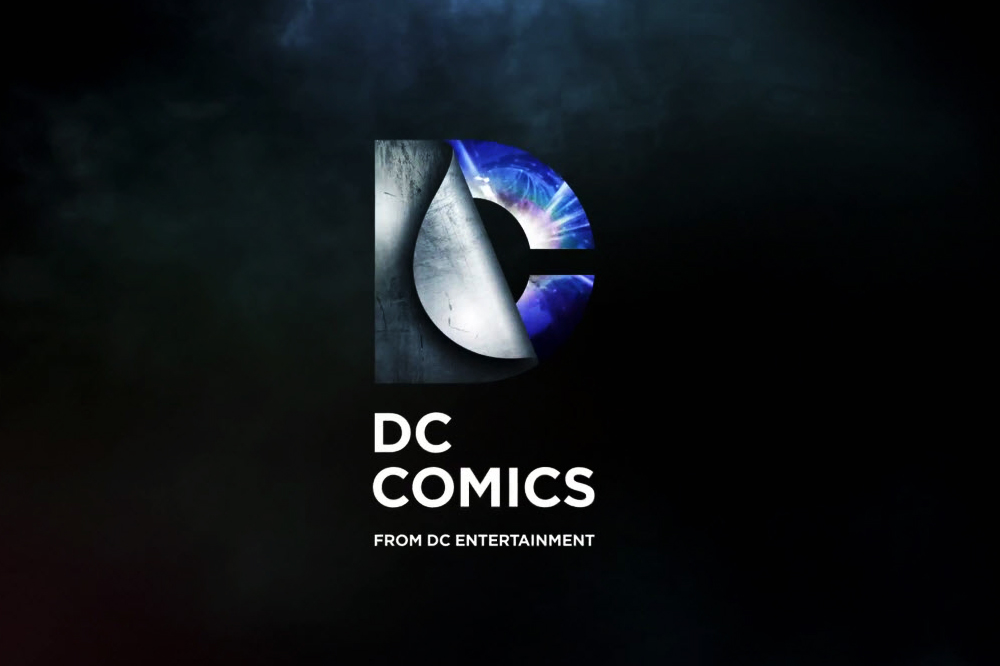 Stop right there — We’re In!

It’s always hard to imagine each Comic Con topping the last, but this year DC kicked down the doors to the legendary Hall H in San Diego to bring fans a peak at two of the biggest movies in superhero history! 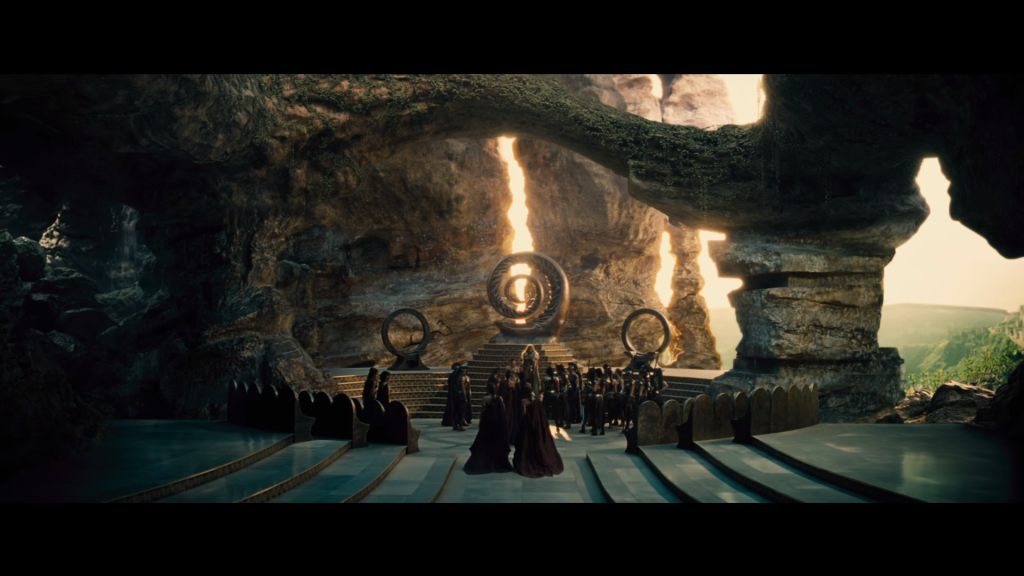 When fighter pilot Steve Trevor (Chris Pine) crashes onto the secluded Amazonian Isle of Themyscira, he tells warrior princess Diana Prince (Gal Gadot) about the horrors of the ongoing First World War and she decides to venture out into the world of man for the first time ever in order to save it from itself. 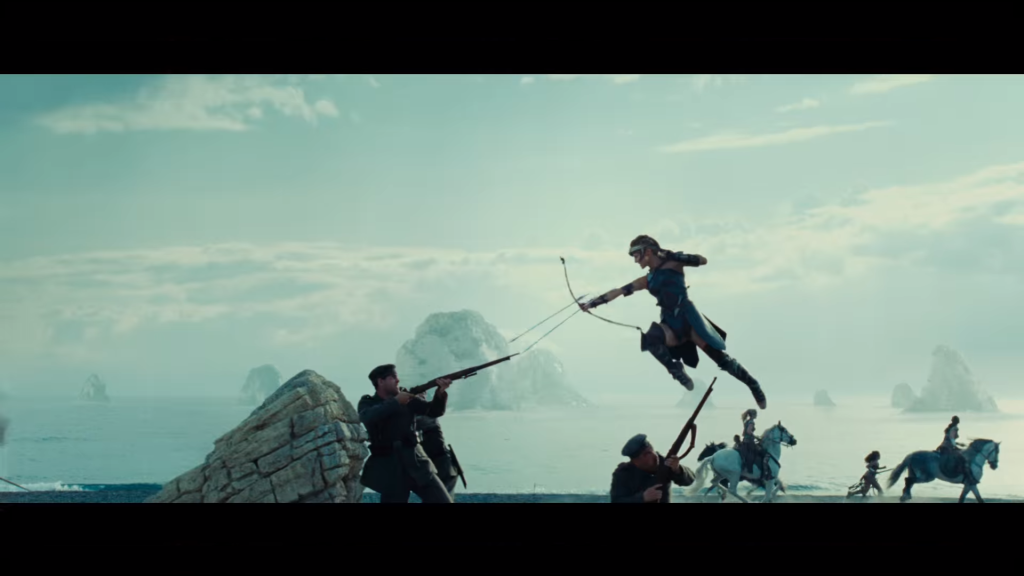 Directed by the acclaimed Patty Jenkins, known for the critically lauded 2003 drama Monster, DC looks to make up for lost time in finally giving the world the Wonder Woman movie it has always needed! 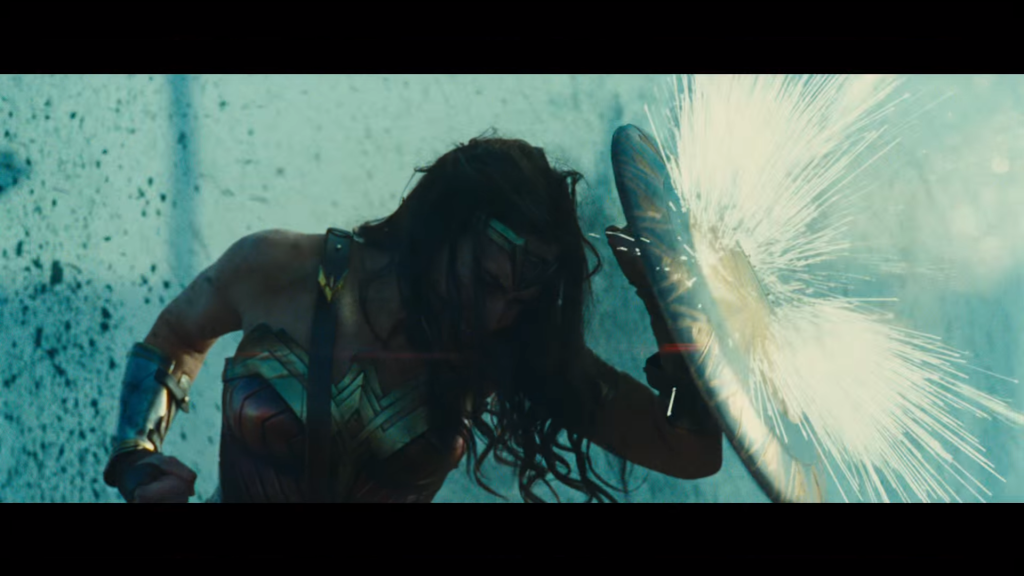 “I want to make people feel how movies make me feel,” Jenkins said during the Wonder Woman 75 panel at Comic Con. “Wonder Woman is my favorite superhero – I love an origin story, and no one had done it.” 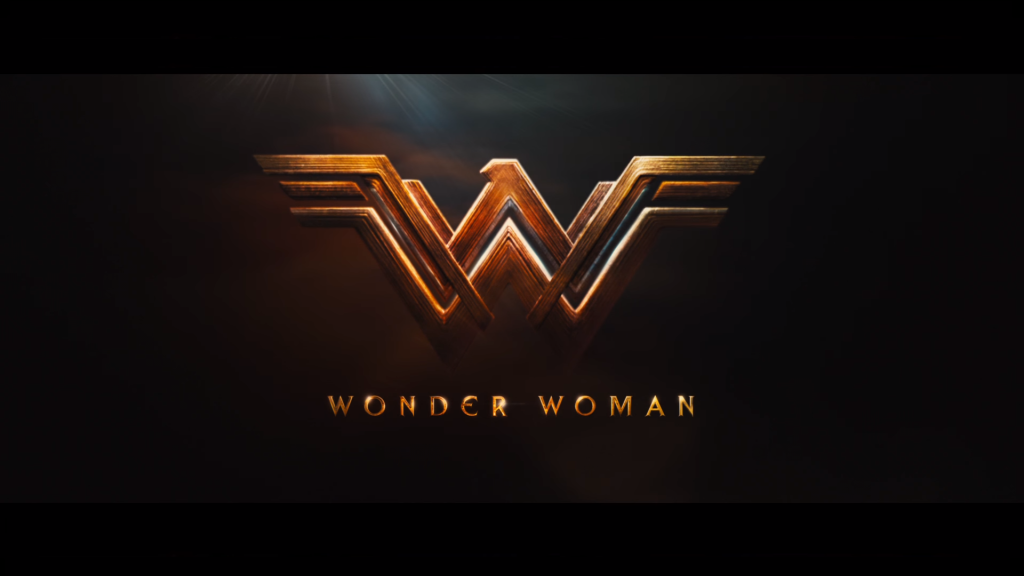 Wonder Woman is set for a June 2nd 2017 release, continuing the DC Extended Universe of films. 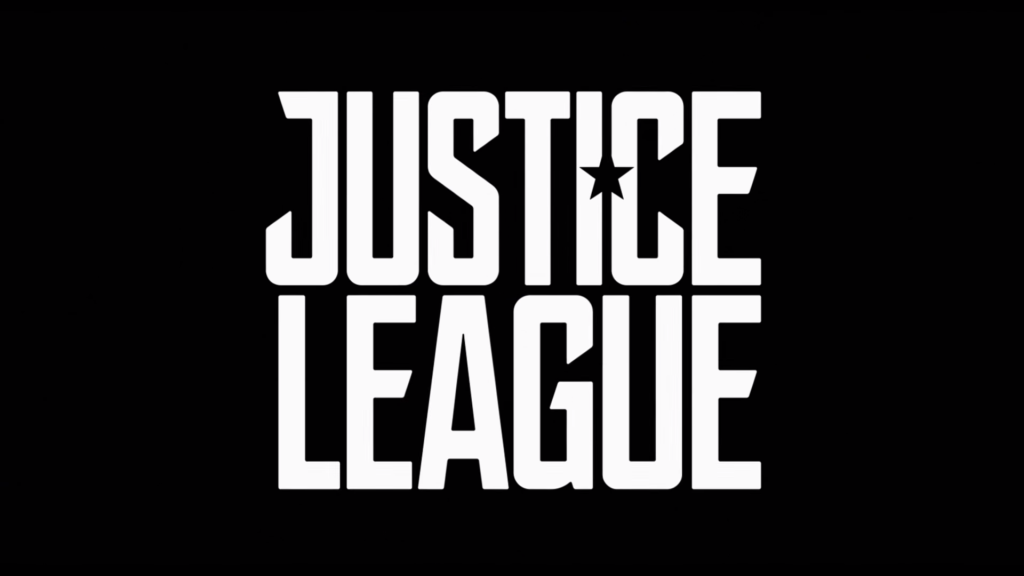 But perhaps the BIGGEST news coming out of San Diego this year was the long awaited debut trailer for the one, the only, the Justice League! 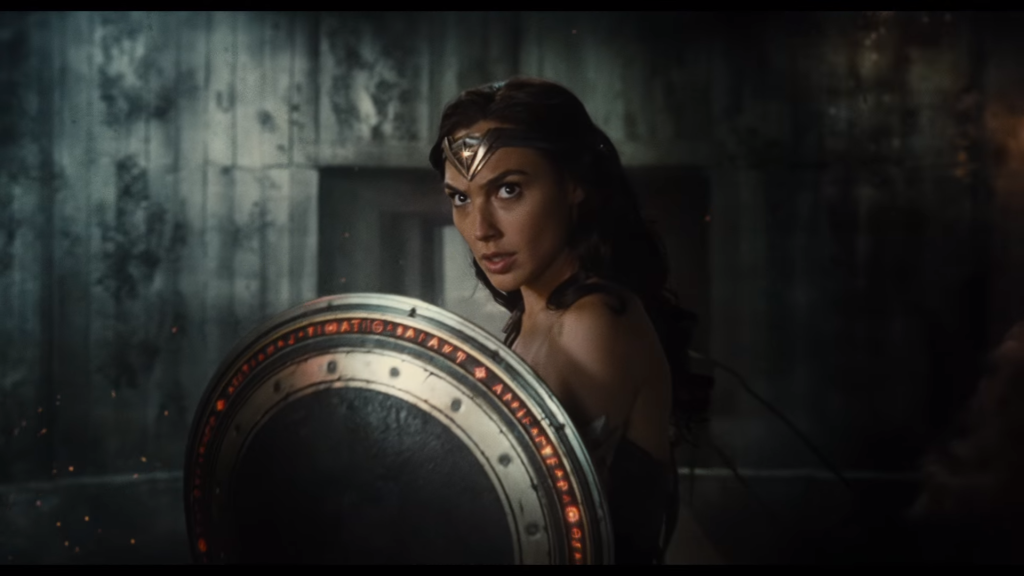 In the aftermath of Batman v Superman, Bruce Wayne (Ben Affleck) envisions and fears a great looming evil coming to Earth and with Superman gone, it falls to him and Wonder Woman to gather a team of superpowered individuals to combat this new otherworldly threat of the New God, Steppenwolf, and an immense army of Parademons from the planet Apokolips. 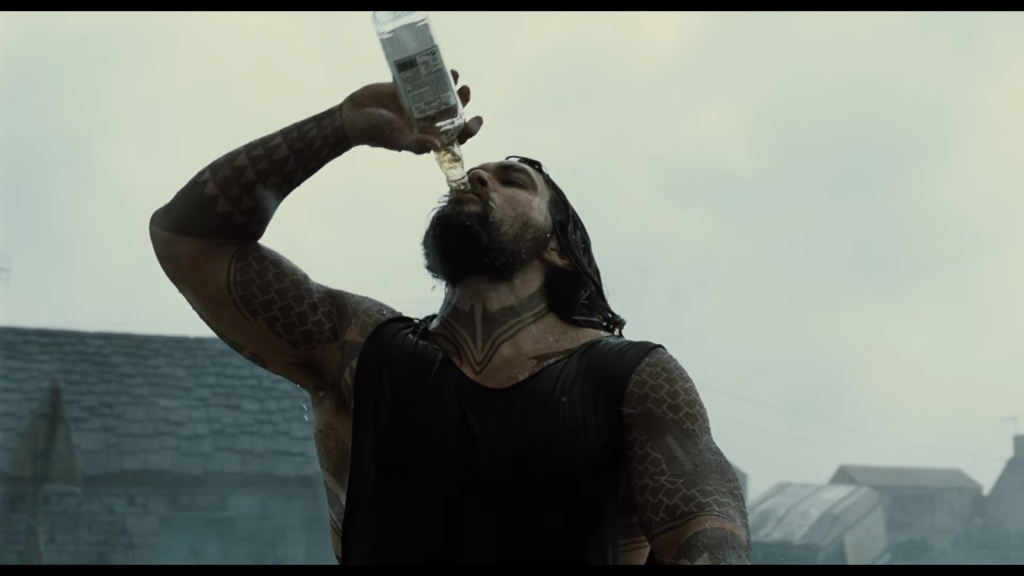 We see Bruce travel across the globe to find his team. We first witness him asking a remote village for the whereabouts of a seabound stranger – Arthur Curry, better known the world over as Aquaman, played AS an absolute badass BY an absolute badass – Game of Thrones’ unforgettable Khal Drogo, Jason Momoa! 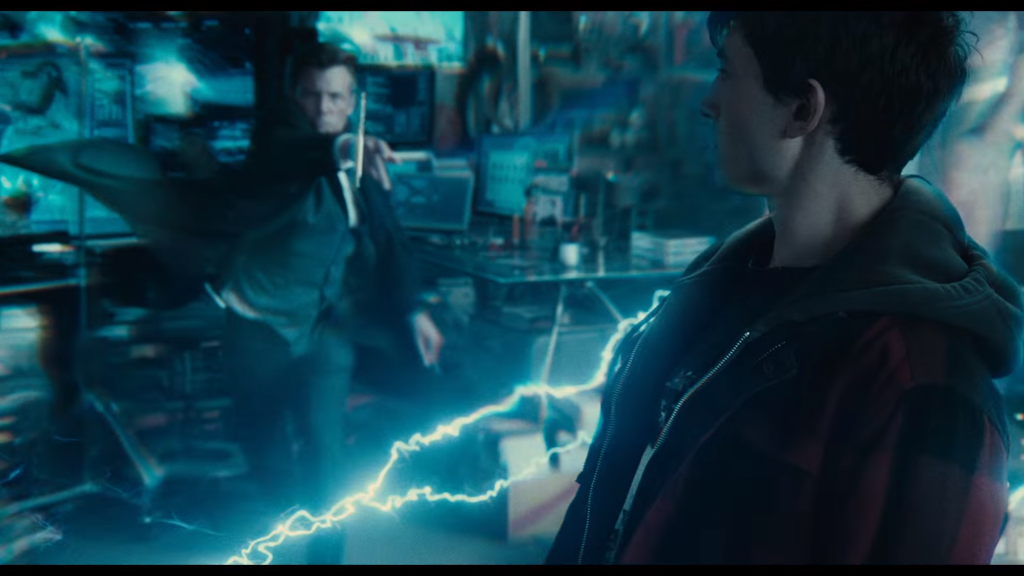 Next, we see that Mr. Wayne has broken into police forensic investigator Barry Allen’s secret lair, and straight-up throws a Batarang to test the young man’s abilities! 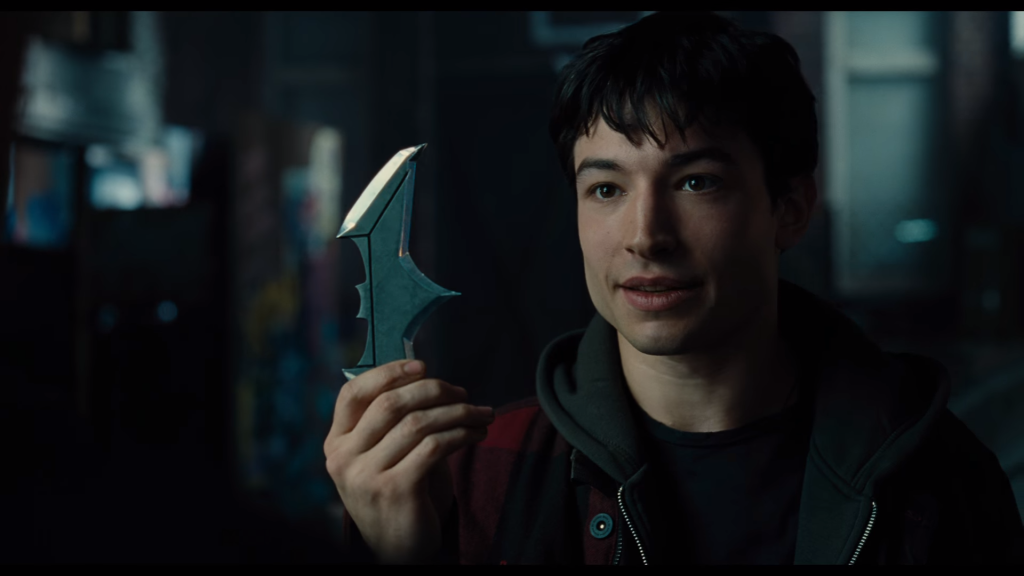 Luckily, Barry (Ezra Miller) is up to the challenge as the Scarlet Speedster easily uses The Speed Force to grab the Batarang mid-flight! 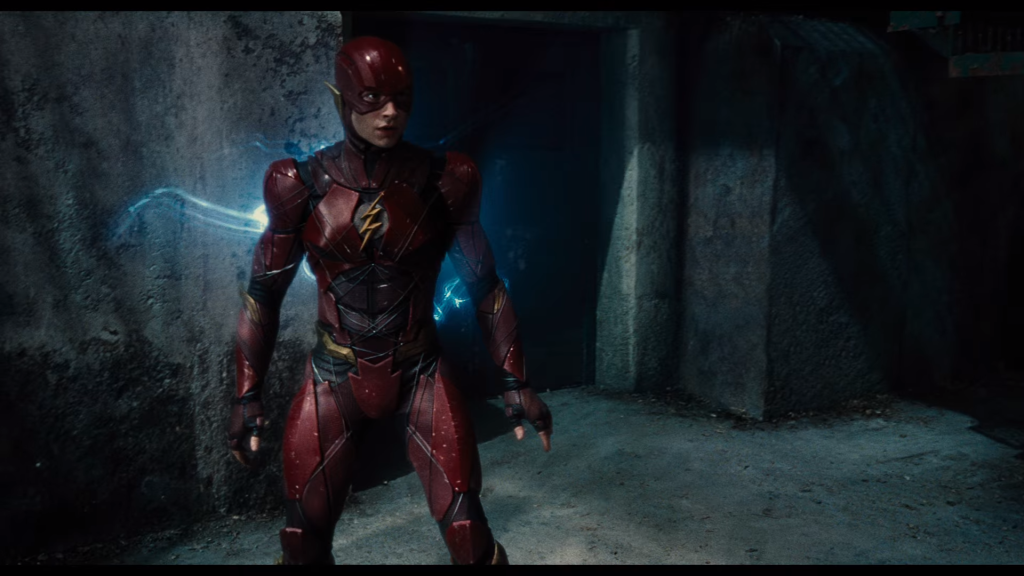 And just like that, The Flash, The Fastest Man Alive, is ready to join the League! 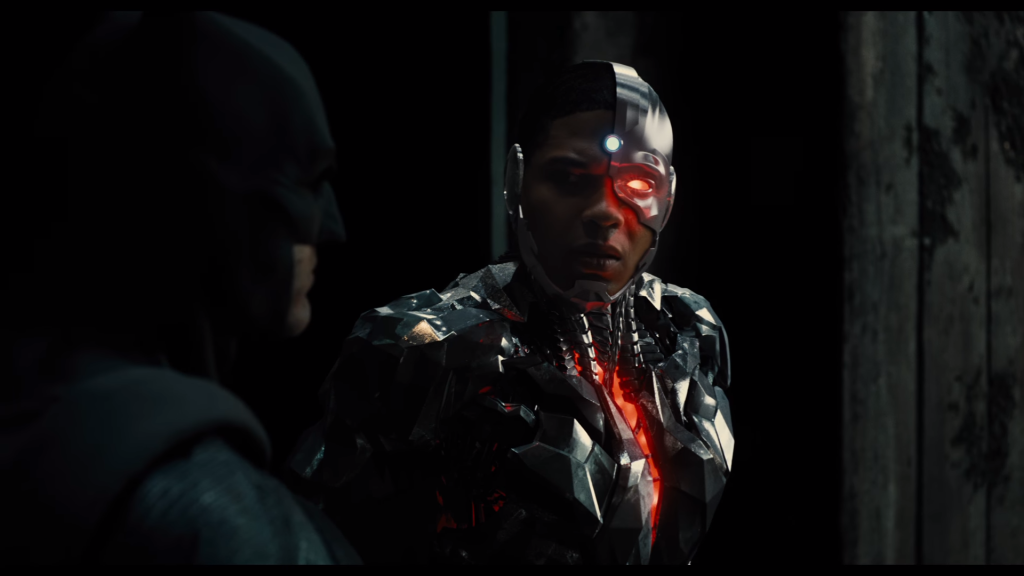 Another newcomer is Ray Fisher as Victor Stone a.k.a. Cyborg (we can hear a big Booyah! from all you Teen Titans fans out there!). A former college athlete recreated with the same Apokoliptian tech that threatens to destroy the world, Cyborg has unique abilities and insight that may be key to stopping Steppenwolf. 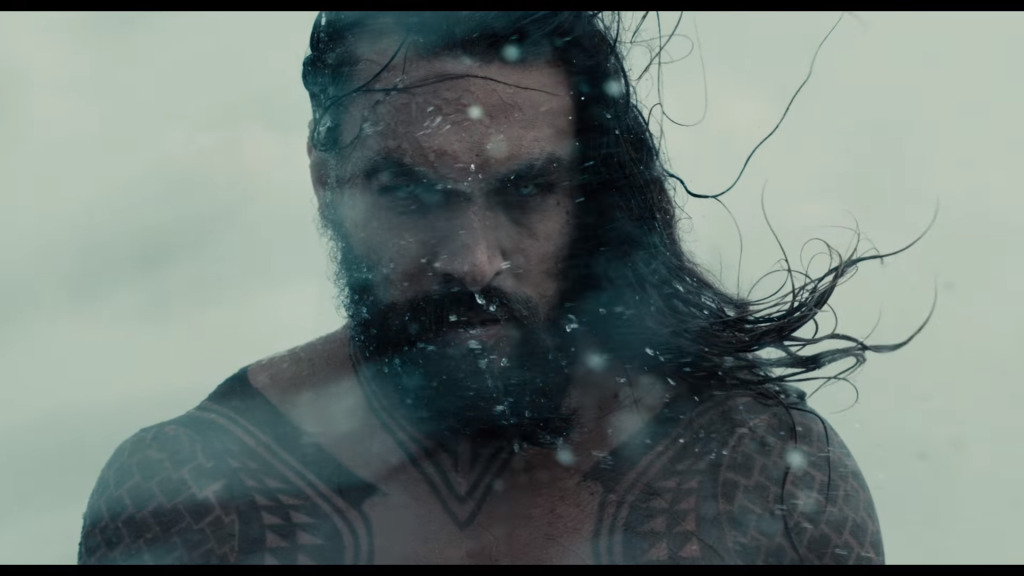 Scheduled for a November 17, 2017 release, the film finally brings the biggest heavy hitters of the DC Universe together for the first time ever on the big screen! Next year is looking to be a huge year for DC, as the final member of the famed DC Trinity of Superman, Batman and Wonder Woman will finally get her own solo movie and the biggest name in superhero team-up history also makes its long awaited appearance on the silver screen. 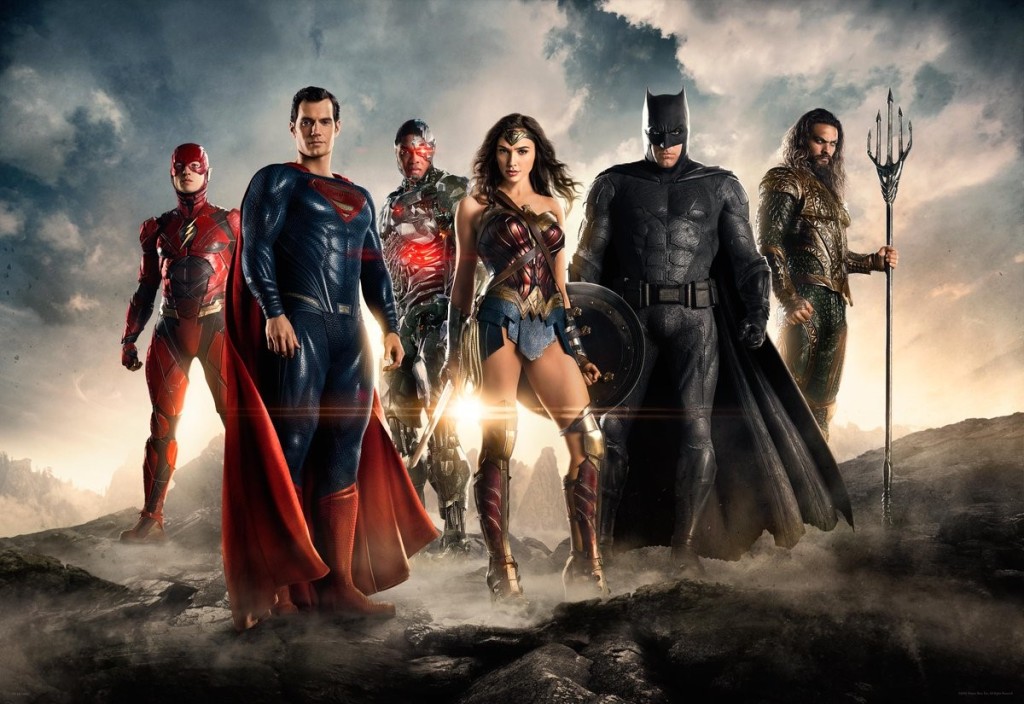 So what do you think Hustle readers? Are you hyped for Wonder Woman kicking some old-school ass during World War I? Which member of the Justice League are you most looking forward to seeing?

Of course, we’re HustleTweeting about DC Comics, and you’re more than welcome to join the conversation on the Hustle Twitter HERE and also on our hyper-interactive Facebook page HERE!