The Very 1st Trailer For Rouge One: A Star Wars Story is Released 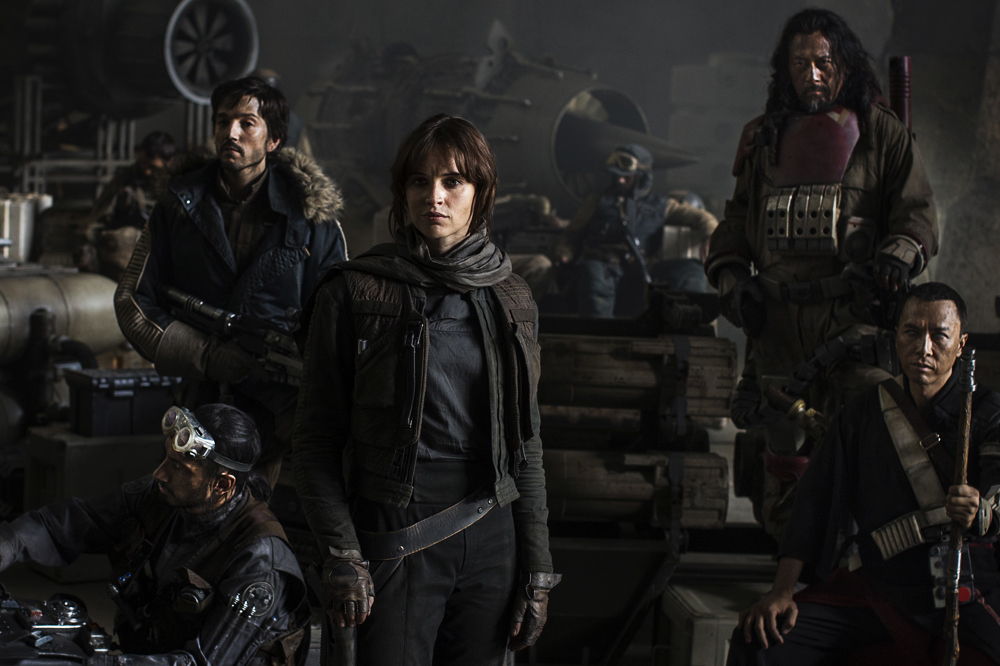 The very 1st trailer for “Rouge One: A Star Wars Story” and there is already a global frenzy regarding little clues in the trailer. Directed by Gareth Edwards (Godzilla, Monsters), Rogue One is the first of several planned spin-off movies, and is said to take place just before the events of the original film. In it, a group led by Felicity Jones sets out to steal plans for the Death Star … the same plans, it seems, that Princess Leia stored in the memory banks of R2-D2 back in the original 1977 movie.

Jones is the focal point of the trailer, painted as a rebel from the start. She’s definitely a rogue, as an unnamed authority figure lists her many crimes, including forgery and aggravated assault. Mon Mothma says she’s “reckless, aggressive, and undisciplined” … but those qualities are probably what will help her most in the battles ahead. “This is a rebellion, isn’t it?” she asks. “I rebel!”

Of course, we’re HustleTweeting about Rouge One: A Star Wars Story, and you’re more than welcome to join the conversation by following THE HEYMAN HUSTLE TWITTER PAGE. You can also write to us directly at hustleoncrave@gmail.com. Hey, have you checked out the Hustle’s Ultra High Quality YouTube Channel, with exclusive videos featuring Backstage with Brock Lesnar and Paul Heyman… The Footage “They” Never Wanted You To See … UFC Bad Boy Nick Diaz’s Wildest Video Ever … Behind The Scenes at WrestleMania … ICE-T and Coco’s Sex Secrets … the list goes on and on, so if you’re not subscribing, you’re missing something … and by the ways cheapos, it’s FREE! Yes, absolutely 100 percent FREE! What are you waiting for? Check it out HERE!