THE WAR HAS STARTED! 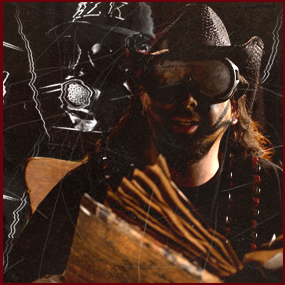 The much-heralded debut of The Redneck Zombie Killers has set the music world on its proverbial ear, as in an unprecedented move,  Blaster Records has released the band’s…..

Dateline: Nashville, Tennessee — The much-heralded debut of The Redneck Zombie Killers has set the music world on its proverbial ear, as in an unprecedented move,  Blaster Records has released the band’s very first video ahead of schedule. No leaks. No hints. No sneak previews. Due to the enormous buzz surrounding the band’s first single “Winter Zombieland” the label made the controversial move to just “let the fans have what want!”

The internal selling point for the first single is that “Winter Zombieland is the debut release from The Redneck Zombie Killers, whose mission is to rock on stages and melt Zombie faces.” The genre-busting ensemble of musicians are being introduced as part of an ongoing saga in which The Department of Unexplained Mysteries and Myths (D.U.M.M.) and their pompous leader, Special Agent Z are challenged by The Redneck Zombie Killers, a well-armed group of  first responder antiheroes battling the creeping horde of the undead who are coming to eat our brains.

“Winter Zombieland” is a Redneck Yule time future classic speaking to the joys of annihilating Ghouls.  Broadcasting from a secret bunker and parts unknown, these four musical vigilantes (Ban Jovi, Vern Halen, Hillbilly Idol and Jed Nugent) celebrate this most holy time of year by rocking out and sharing their favorite Christmas Carol of carnage.

Rehearsing and recording by day and killing Zombies by night, RZK will release their first album in May 2014.  Of course, that’s what’s on Blaster Records’ official release schedule. The band claims the album;s release all depends on how busy they will be sending Zombies straight back to Hell.

When we interrupted our EXCLUSIVE interview with both band and label execs to ask how serious of a claim that was, we were told, with a straight face, “The Redneck Zombie Killers are 4 badass musicians saving the world from the Zombie Apocalypse one bullet at a time.”

Of course, we’re organizing the militia as we prepare this story, as we have already started HustleTweeting about The Redneck Zombie Killers, and you’re more than welcome to join us by following THE HEYMAN HUSTLE and telling us what YOU think RIGHT F’N HERE! We got the whole social media thing covered, so check out the Hustle’s Ultra High Quality You Tube Channel, with exclusive videos featuring OUR WORLD EXCLUSIVE WITH MIKE TYSON … BROCK LESNAR’S “HERE COMES THE PAIN” … ICE-T AND COCO’s SEX SECRETS … TEEN SENSATION TAYLOR MOMSEN … UFC BAD BOY NICK DIAZ … THE WALKING RIOT MISSY HYATT if you’re not subscribing, you’re missing something … and by the ways cheapos, it’s FREE! Yes, absolutely 100 percent FREE! What are you waiting for? Check it out HERE! 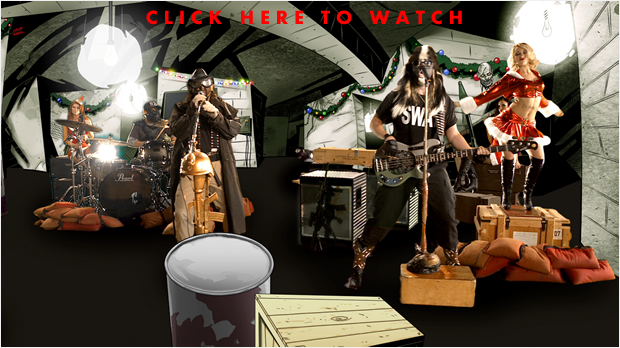