The Yankees Return Home To The Bronx As AROD Approaches 3,000 Hits 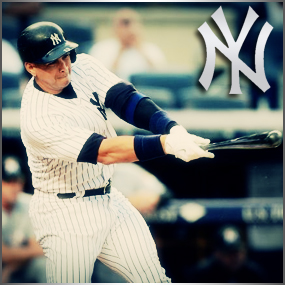 The Bronx Bombers Squeak By The Marlins as Alex Rodriguez Comes Within 3 Hits Of Another Magical Number!

Now that he’s surpassed Willie Mays for the fourth spot on the All Time Home Run Hitter List (CLICK HERE to read our story on the accomplishment), the magic number of 3,000 hits comes into play. Rodriguez and the Yankees returned home Wednesday after a dismal 1-4 road trip with a milestone well within reach, and the star-crossed designated hitter moved closer to attaining it.

Rodriguez moved to within three hits of 3,000 with a pair of singles in the Yankees’ 2-1 victory over the Marlins at Yankee Stadium. With seven games at home before the Yankees next go on the road, he should be able to become the 29th member of the prestigious club at home and just the second Yankee to do so in The Bronx. Derek Jeter is the other.

The feeling surrounding A-Rod’s chase of 3,000 is obviously different from Jeter’s, a beloved and forever Yankee. Yet Rodriguez has been accepted by Yankees fans after his fast start this season. His teammates raved about the looming benchmark.

“That’s a huge accomplishment,” Yankees catcher Brian McCann said. “Three-thousand hits is incredible, 2,000 RBIs. His career has been amazing. He’s one of the best players to ever put on a uniform.”

Rodriguez entered Wednesday’s game against the Marlins in the throes of a slump, a 4-for-24 funk. With the designated hitter not allowed in NL parks, he didn’t start in either of the two losses in Miami this week, and manager Joe Girardi thought the respite could help him physically. Rodriguez did seem to look better at the plate, with two singles and two walks.

“I hope he gets it over [Thursday] so he doesn’t have to answer questions and he can move on,” Girardi said. “[I] thought he was patient and didn’t go out of his zone.”

It doesn’t seem to be weighing on Rodriguez, however.

A-Rod had keyed the Yankees surprising stay atop the AL East until just recently, hitting far better than anyone predicted after he was suspended all of last season for his link to the Biogensis scandal and playing just 44 games the season before due to injury. He’s hit consistently well (.274), for power (12 homers, 33 RBIs, .505 slugging percentage) and been a mainstay in the middle of the Yankee lineup (.885 OPS).

When the 39-year-old Rodriguez reaches the looming milestone, he will join only Hank Aaron and Willie Mays with 3,000 hits and 600 homers. That’s a select club. Rodriguez and Aaron would be the two players with 3,000 hits, 600 homers and 2,000 RBIs.

While Rodriguez has played with three teams in his 21 major league seasons. a large percentage of his hits have come with the Yankees — 1,462 of them in 11 seasons.

Of course, we’re HustleTweeting about A-Rod, and you’re more than welcome to join the conversation by following The Heyman Hustle on Twitter HERE! You can also post your thoughts on our Facebook page HERE!  If you feel compelled to write us, please do so at HustleOnCrave (at) Gmail.com