This Ain't Yo Grandma's Wizard of Oz 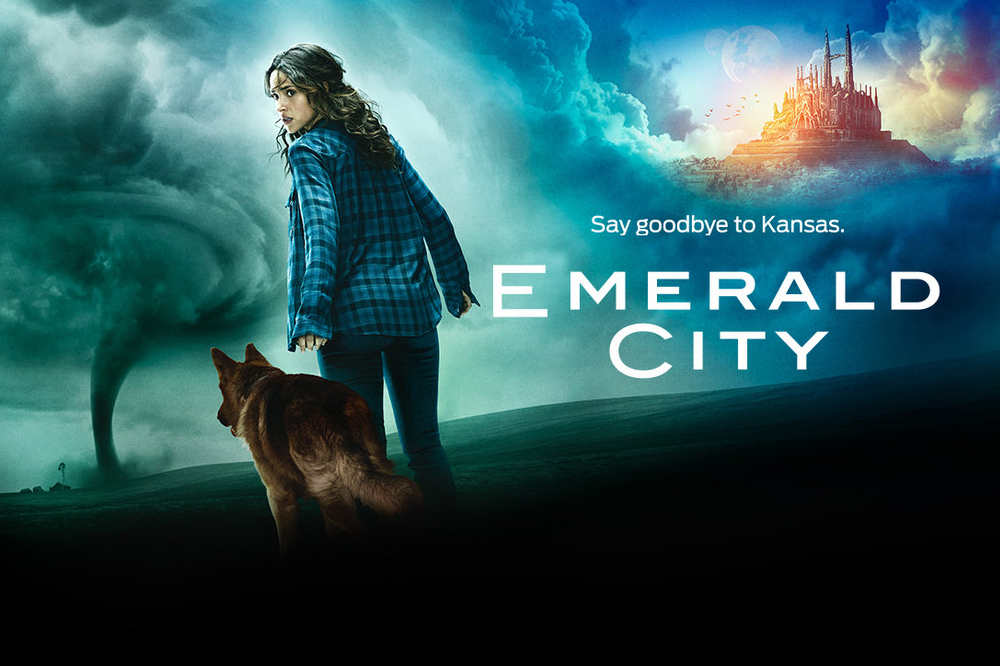 Well, this is certainly a new take on the adventures of little Dorothy from Kansas, and “Emerald City” may actually be the most spellbinding version to date! In a new trailer for NBC’s re-imagining of “Wizard of Oz” Dorothy is whisked away via tornado to a land far darker than the 1939 version of Oz.

Also gone is the terrier Toto, and in his place is a bulky K9 police dog who looks like he could do more damage than snapping at someone’s heels.

“True Detective” actress Adria Arjona brings a more street wise, warrior-like update to Dorothy, and the trailer also appears to reveal that Dorothy discovers the new version of the Scarecrow, in this case a crucified man covered in hay played by Oliver Jackson-Cohen, along the side of a road. Not exactly Ray Bolger’s brainless yet lovable companion from the original movie.

The new series is inspired by L. Frank Baum’s “Wizard of Oz” tales, and was revived by NBC after the network previously passed on the project in 2014 with “Do No Harm” creator David Schulner at the helm.

The trailer also features Vincent D’Onofrio as a Merlin-esque take on the wizard himself. Joely Richardson, Florence Kasumba, and Ana Ularu also co-star in the show, which will have a two-hour special event premiere on Friday, January 6 at 9 PM.

We are HustleTweeting about “Emerald City” and you’re more than welcome to join the conversation by following the Hustle on Twitter HERE or by hitting LIKE on our hyper-interactive Facebook page HERE!