Tom Petty Won't Back Down To Sam Smith 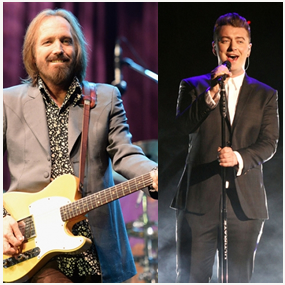 Controversy Erupts Over “Stay With Me!”

Tom Petty has won a major victory, one worth a ton of cash, as the legendary singer / songwriter has been given a songwriting credit on Sam Smith‘s runaway smash hit “Stay With Me” which many say sounds similar to Petty’s “I Won’t Back Down” … but don’t look for angry words from Petty, who wrote on his website  “All my years of songwriting have shown me these things can happen. Most times you catch it before it gets out the studio door but in this case it got by.”

The 64-year old Petty added that from the very beginning of the copyright dispute, Smith’s camp was “very understanding” of the predicament and “the word lawsuit was never even said.” Petty added that he never intended to file a suit either, and he didn’t want the story leaked to the press.

“Sam did the right thing and I have thought no more about this. A musical accident no more no less,” he concluded. “In these times we live in this is hardly news. I wish Sam all the best for his ongoing career. Peace and love to all.”

“Stay With Me” has been nominated for three Grammys. In total, Smith garnered five nominations. Of course, we’re HustleTweeting about Tom Petty vs Sam Smith, and you’re more than welcome to join the conversation by following the Hustle on Twitter HERE or write to us directly at hustleoncrave@gmail.com Hey, have you checked out the Hustle’s Ultra High Quality You Tube Channel, with exclusive videos featuring OUR WORLD EXCLUSIVE WITH MIKE TYSON … BROCK LESNAR’S “HERE COMES THE PAIN” … ICE-T AND COCO’s SEX SECRETS … MMA BAD BOY NICK DIAZ … the list goes on and on, so if you’re not subscribing, you’re missing something … and by the ways cheapos, it’s FREE! Yes, absolutely 100 percent FREE! What are you waiting for? Check it out HERE!