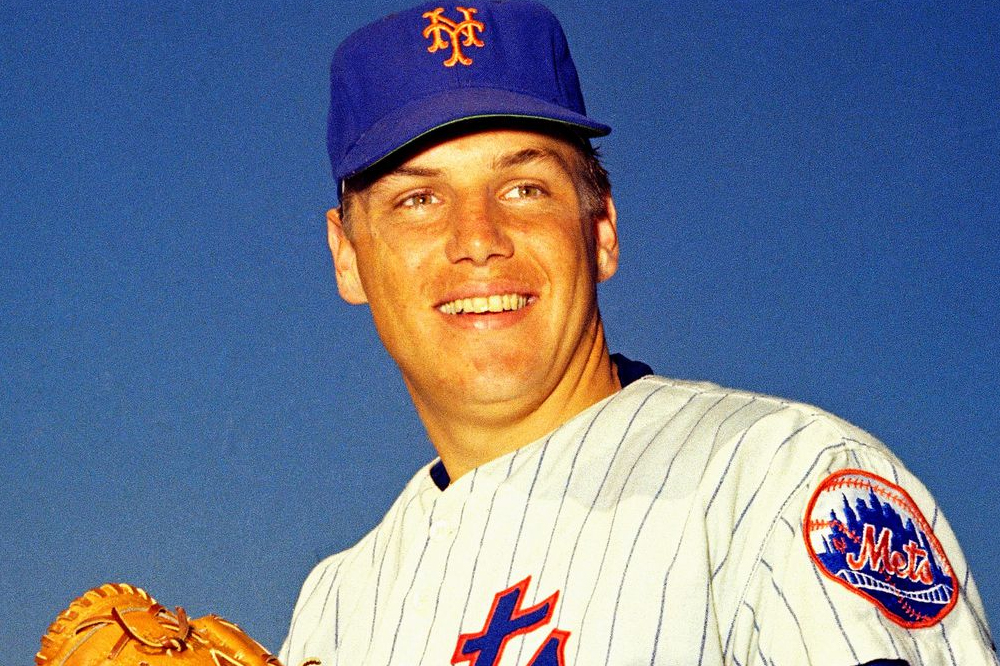 Major League Baseball Hall of Famer Tom Seaver has passed away. Forever remembered as one of the biggest heroes in New York sports during the Joe Namath – Walt Frazier era, the legendary pitcher for the New York Mets was beloved by fans who called him Tom Terrific.

Hall of Fame pitcher Tom Seaver, who led the New York Mets to an improbable World Series victory in 1969, has died at age 75.

The Baseball Hall of Fame announced that Seaver died Monday from complications of Lewy body dementia and COVID-19.

“We are heartbroken to share that our beloved husband and father has passed away,” his wife, Nancy, and daughters Sarah and Anne said. “We send our love out to his fans, as we mourn his loss with you.”

The hard-throwing right-hander known as “Tom Terrific” won an MLB-best 25 games in the 1969 season, when he took home the first of his three Cy Young Awards.

Seaver was called “the toughest pitcher I ever had to face” by arguably the best hitter of their generation, Hank Aaron. When Seaver, in the midst of a Rookie of the Year season, introduced himself to Aaron at the 1967 All-Star Game, Aaron told him, “Kid, I know who you are, and before your career is over, I guarantee you everyone in this stadium will, too.”

The Mets paid tribute to Seaver in a tweet Wednesday.

Major League Baseball commissioner Rob Manfred issued a statement, calling Seaver “one of the greatest pitchers of all time” and “a gentleman who represented the best of our National Pastime.”

“He was synonymous with the New York Mets and their unforgettable 1969 season,” Manfred said. “After their improbable World Series Championship, Tom became a household name to baseball fans — a responsibility he carried out with distinction throughout his life.

“On behalf of Major League Baseball, I extend my condolences to Tom’s family, his admirers throughout our game, Mets fans, and the many people he touched.”

George Thomas Seaver was born Nov. 17, 1944, in Fresno, California, and played 20 seasons in the majors, the first 11 with the Mets, who won his services when their name was picked out of a hat by commissioner William Eckert following a botched signing by the Braves.

He went 16-13 for the last-place Mets in 1967, and also spent time with the Reds and White Sox, before wrapping up his career at the age of 41 by helping to pitch the Red Sox into the 1986 playoffs (a knee injury kept him out of the postseason).

He finished his career with a record of 311-205, a 2.86 ERA, and 3,640 strikeouts. In addition to his three Cy Youngs, Seaver was a 12-time All-Star, led the league in wins three times, strikeouts five times and ERA three times, and was a five-time 20-game winner.

Hall of Fame manager Sparky Anderson, who had Seaver on his 1977 and ’78 Reds teams, said “My idea of managing is giving the ball to Tom Seaver and sitting down and watching him work.”

Among his most notable games was a no-hitter against the Cardinals while pitching for Cincinnati in 1978 — he also had five one-hitters — and a 19-strikeout performance against the Padres in 1970 that included the last 10 batters in a row, a major league record.

A career that included 231 complete games and 61 shutouts (tied for seventh all time) earned him election to the Hall of Fame in his first year of eligibility with 98.8% of the vote, the highest election percentage at that time.

His No. 41 was retired by the Mets in 1988, and Seaver and Mike Piazza — the only other player to wear a Mets cap on his Hall of Fame plaque — took part in ceremonies to close Shea Stadium in September 2008 and open Citi Field in April 2009.

After his playing career, Seaver worked as a television analyst for the Mets and Yankees and on national broadcasts for NBC, and later started the Seaver Vineyards in Calistoga, California.

We’re HustleTweeting about Tom Seaver, and you’re more than welcome to join the conversation on the Hustle Twitter HERE … on our ridiculously sensational Instagram HERE … or on our Facebook page HERE!