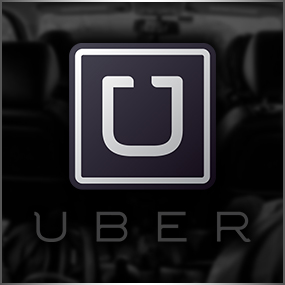 In what will likely be a major news story by tomorrow morning, Uber will announce a major price cut that will go into effect before the weekend, THE HEYMAN HUSTLE can exclusively report. Uber plans to announce, in the next hour, that it will cut rates for its popular Uber X and XL services. THE HEYMAN HUSTLE has confirmed the base fare in New York City will go from $3 to $2.55 and the per mile rate will go from $2.15 to $1.75 while the per minute rate will go from 40 cents to 35 cents.The minimum fare will drop from $8 to $7. Prices on the UberXL service will also drop by 15 percent.
To illustrate the price cut, a ride from Midtown Manhattan to La Guardia Airport that would have cost $43.67 will cost $37.12, while a ride from Chelsea to the East Village that used to cost $13.18 will cost $11.20, Uber will say as part of its big announcement within the hour.

Of course, we’re HustleTweeting about Uber cutting fares in NYC, and you’re more than welcome to join the conversation by following the Hustle on Twitter HERE or write to us directly at hustleoncrave@gmail.com. Hey, have you checked out the Hustle’s Ultra High Quality YouTube Channel, with exclusive videos featuring Backstage with Brock Lesnar and Paul Heyman… The Footage “They” Never Wanted You To See … UFC Bad Boy Nick Diaz’s Wildest Video Ever … Behind The Scenes at WrestleMania … ICE-T and Coco’s Sex Secrets … the list goes on and on, so if you’re not subscribing, you’re missing something … and by the ways cheapos, it’s FREE! Yes, absolutely 100 percent FREE! What are you waiting for? Check it out HERE!