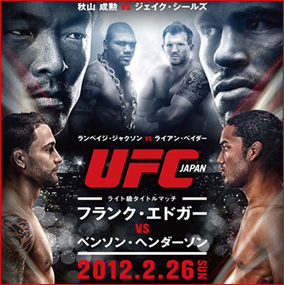 The Ultimate Fighting Championships Return To Japan as “The Answer” Must Face a “Smooth” Challenge For The Lightweight Championship of the World!

Benson Henderson wants to be known as the best 155 pound fighter in the world. So far, he’s done everything necessary to accomplish that goal. Next Saturday night, he will finally receive the opportunity he’s worked so hard for. Benson Henderson will main event UFC 144 against UFC Lightweight Champion Frankie Edgar.

Of course, we’re HustleTweeting about UFC 144 and Benson Henderson’s challenge against Frankie Edgar for the Lightweight Championship, and you’re more than welcome to join the conversation by following THE HEYMAN HUSTLE on Twitter HERE or write to us directly at hustleoncrave@gmail.com  Hey, have you checked out the Hustle’s Ultra High Quality You Tube Channel, with  exclusive videos featuring BROCK LESNAR’S “HERE COMES THE PAIN”  … ICE-T AND COCO’s SEX SECRETS … THE ULTIMATE WELTERWEIGHT BAD ASS NICK DIAZ … CONTROVERSIAL TEEN SENSATION TAYLOR MOMSEN … LEGENDARY MMA PIONEER FRANK SHAMROCK … THE WALKING RIOT MISSY HYATT … if you’re not subscribing, you’re missing something … and by the ways cheapos, it’s FREE! Yes, absolutely 100 percent FREE! What are you waiting for? Check it out HERE! 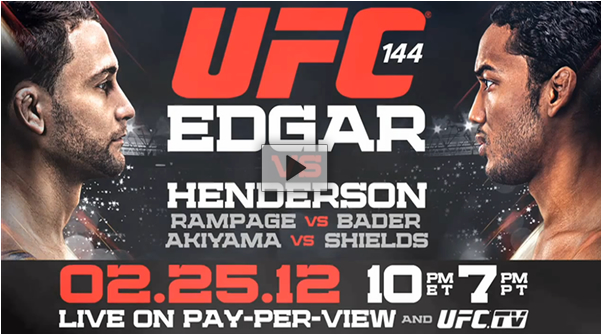