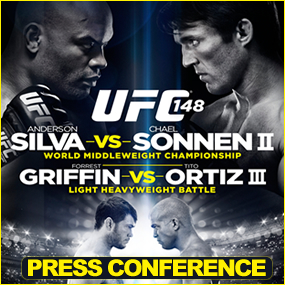 There’s an old catchphrase in sequels. “This Time, It’s Personal!” When it comes to Anderson Silva and Chael Sonnen’s rematch this Saturday night, it really is personal … and then some!

The first time Silva and Sonnen clashed was on August 7, 2010 in Oakland, California. Silva, who came in with a 12-fight winning streak, had dominated every single solitary challenger who dared try to take the UFC Middleweight Championship away from him. No man could withstand Silva’s onslaught of offense.

And then Chael Sonnen took Silva down.

And then Chael Sonnen delivered nearly 50 unanswered strikes on the ground.

And we’re only talking round one.

For almost the entire 5 rounds, Chael Sonnen whipped Anderson Silva like a restless child beats on a playtoy. Silva was dominated, manhandled, controlled, and smashed by Chael Sonnen.

Out of nowhere, during another vicious beatdown as announcers Mike Goldberg and Joe Rogan were describing the shock that Silva’s winning streak and title reign were coming to an end, Silva clamped on a triangle armbar.

Did Silva luck out? Did Chael beat on Silva for 5 rounds and was unable to finish him?

These questions, and more, will be answered this Saturday night, live on pay per view, at UFC 148.

Of course, we’re HustleTweeting about Silva vs Sonnen II, and you’re more than welcome to join the conversation by following the Hustle on Twitter HERE or write to us directly at hustleoncrave@gmail.com  Hey, have you checked out the Hustle’s Ultra High Quality You Tube Channel, with  exclusive videos featuring BROCK LESNAR’S “HERE COMES THE PAIN”  … ICE-T AND COCO’s SEX SECRETS … THE ULTIMATE WELTERWEIGHT BAD ASS NICK DIAZ … CONTROVERSIAL TEEN SENSATION TAYLOR MOMSEN … LEGENDARY MMA PIONEER FRANK SHAMROCK … THE WALKING RIOT MISSY HYATT … if you’re not subscribing, you’re missing something … and by the ways cheapos, it’s FREE! Yes, absolutely 100 percent FREE! What are you waiting for? Check it out HERE! 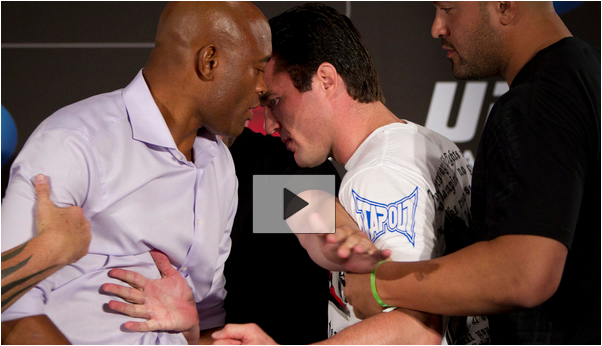