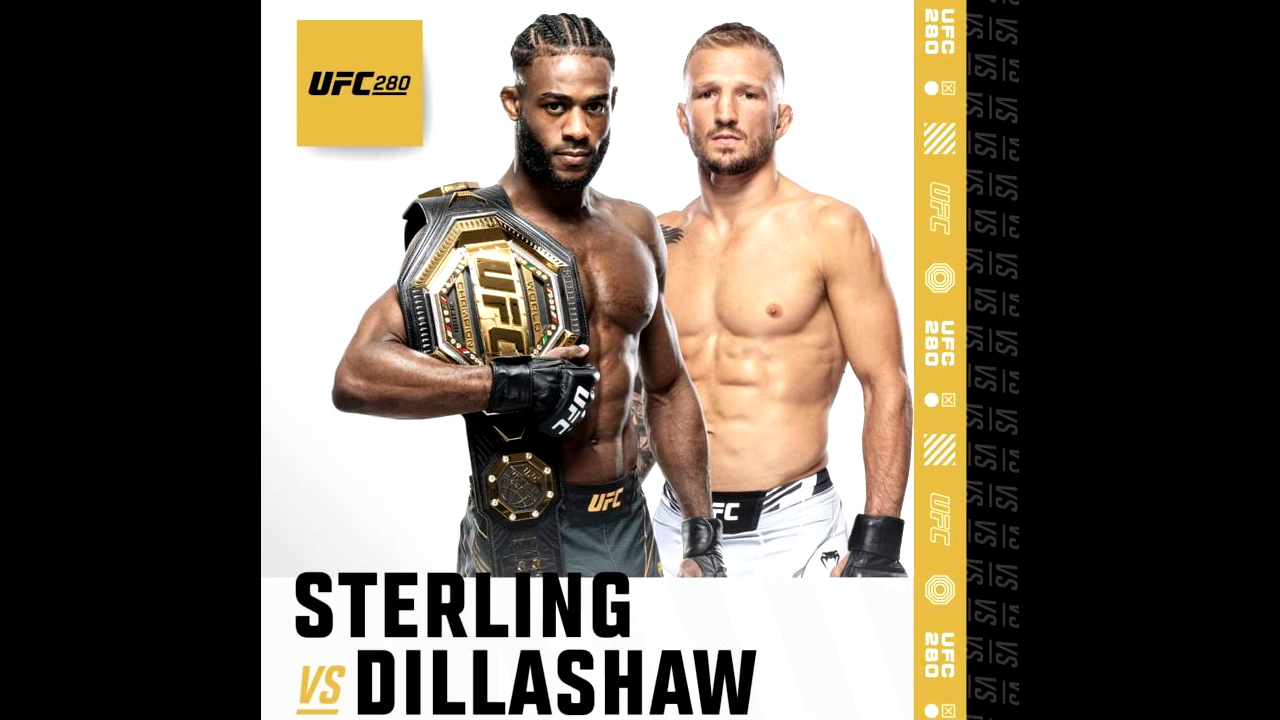 The Bantamweight champ has words for EVERYONE at 135lbs 👀 #UFC280 pic.twitter.com/wupyBBvZoE

UFC Bantamweight Champion Aljamain Sterling retained his championship in the co-main event of UFC 280 in Abu Dhabi when he stopped former champion TJ Dillashaw via TKO at 3:44 of the second round. The fight was not without its memorable moments, and unfortunately for all the wrong reasons, as Dillashaw’s left shoulder popped out of its socket early in the first round. To his credit, he kept fighting, and coach Duane Ludwig put the shoulder back in during the break between round one and round two. Sterling was merciless, kept the pressure on, took Dillashaw down and used punches and elbows from back control to get the TKO.

Sterling is now 21-3, and has won eight straight fights. He won the title in March 2021 in controversial fashion, a disqualification victory over Petr Yan at UFC 259. It was the first time a UFC championship ever changed hands due to a disqualification. Sterling successfully defended the title in a rematch against Yan via split decision at UFC 273 in April.

Dillashaw is now 17-4, and was UFC Bantamweight Champion from 2014 to 2016 and then again from 2017 to 2019. Coming into this contest, he had won five of his past six fights, but during that time he also served a two-year suspension for a failed USADA test which forced him to give up the title in 2019.