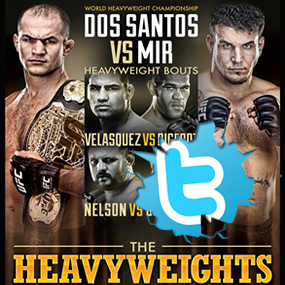 The Hustler De Tuti Hustlers will be LIVE and INTERACTIVE tonight on Twitter during UFC’s All-Heavyweight Spectacular in Las Vegas!

Our own Hustler De Tuti Hustlers Paul Heyman will be heading up the discussion tonight as UFC 146 blasts out on pay per view with an All-Heavyweight spectacular headlined by Junior Dos Santos vs Frank Mir with the Undisputed Heavyweight Championship of the World.

JDS weighed in at 239 pounds and predicted a second round knockout. “I’m ready for this fight,” the champ noted. “If he’s not ready, it’s going to be fast. It’s going to be a knockout, second round.” Mir is a former two-time UFC Heavyweight Champion, although one of those reigns was an Interim Champion, and holds the record for most wins in the UFC heavyweight division with 14.

“Both of us are first-round fighters,” Mir, 32 years old, said. “I think it will be a fast and explosive fight.”

Cain Velasquez hit the scales at 240 and had an intense staredown with Antonio “Bigfoot” Silva, who came in at 264 pounds. Velasquez’s most famous victory was over Brock Lesnar. Bigfoot’s most famous was over Fedor Emelianenko.

You can join Paul and the HustleTweeters tonight by following the Hustle on Twitter HERE or write to us directly at hustleoncrave@gmail.com  Hey, have you checked out the Hustle’s Ultra High Quality You Tube Channel, with  exclusive videos featuring BROCK LESNAR’S “HERE COMES THE PAIN”  … ICE-T AND COCO’s SEX SECRETS … THE ULTIMATE WELTERWEIGHT BAD ASS NICK DIAZ … CONTROVERSIAL TEEN SENSATION TAYLOR MOMSEN … LEGENDARY MMA PIONEER FRANK SHAMROCK … THE WALKING RIOT MISSY HYATT … if you’re not subscribing, you’re missing something … and by the ways cheapos, it’s FREE! Yes, absolutely 100 percent FREE! What are you waiting for? Check it out HERE! 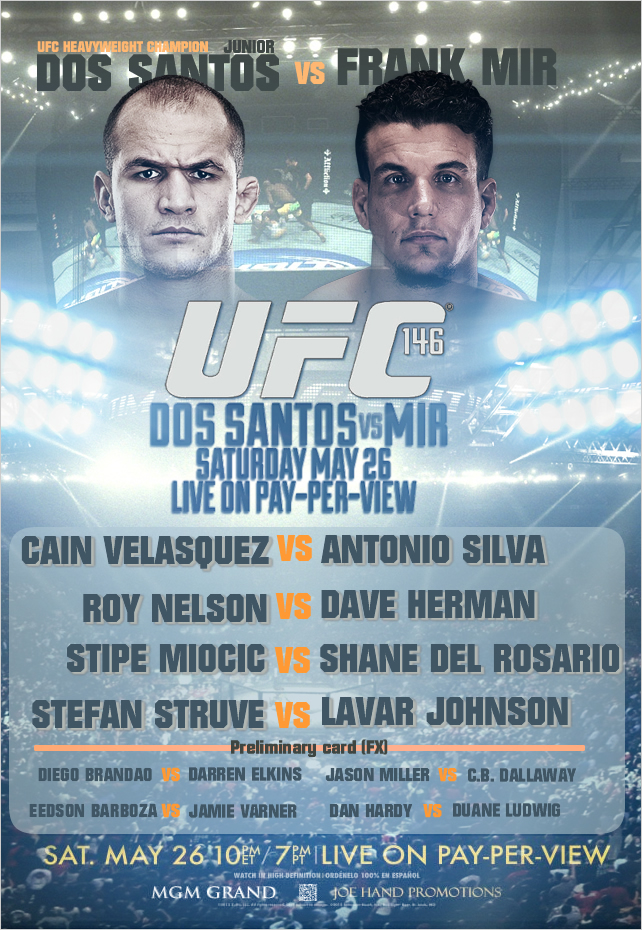